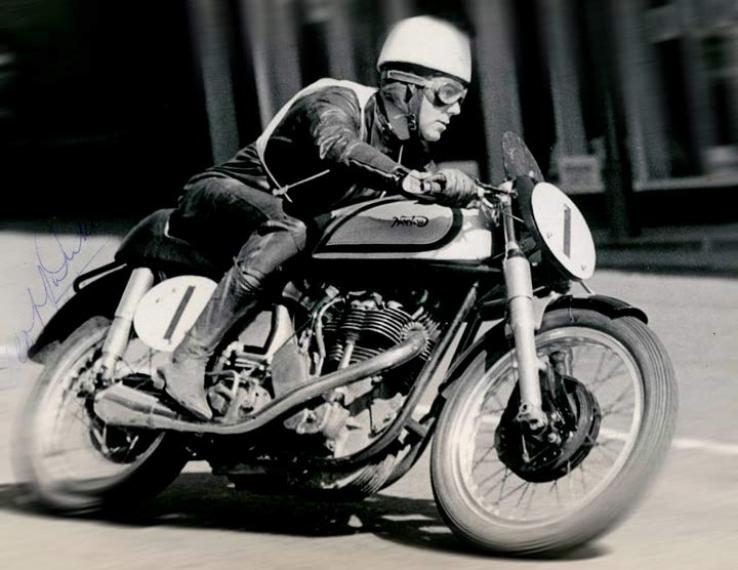 British motorcycle racing legend Geoff Duke – a six-time Isle of Man TT winner and world champion – has died at the age of 92. Duke was one of the first major stars of grand prix motorcycle racing in the 1950s. He made his name at the famous Isle of Man event, earning a factory Norton ride after winning the 1949 Senior Clu

bmans TT and Senior Manx Grand Prix. In his first year with Norton, he set a record pace on the way to TT victory and came within one point of the 500cc world championship, finishing second in the 350cc class too.

The following year he dominated both the 350cc and 500cc championships to claim his first world titles, adding further TT wins along the way, and he successfully defended his 350cc crown in 1952 even though his season was curtailed early by injuries. Duke switched from Norton to Gilera for 1953, focused solely on 500cc racing and dominated. A further three world titles were notched up, along with another TT win in 1955. By that time he had become an OBE, and had also dabbled in sportscar racing with Aston Martin.

A podium finish in a DB3 in Goodwood’s Easter Handicap in 1952 – ahead of Stirling Moss’s Jaguar – was the high point in results terms, but he also led the 1953 Sebring 12 Hours with Peter Collins before a crash. The 1955 crown proved to be Duke’s last world championship victory, as his title defence was compromised by a six-month ban for leading a riders’ strike over privateers’ pay. Injuries and Gilera’s withdrawal interfered with subsequent seasons, and he retired after 1959 with 22 500cc and 11 350cc wins to his name, plus six titles across the two classes.

In his later life he briefly ran a world championship motorcycle team – again with Gileras – and had a number of business interests on the Isle of Man, including assisting with son Peter’s Duke Video company.