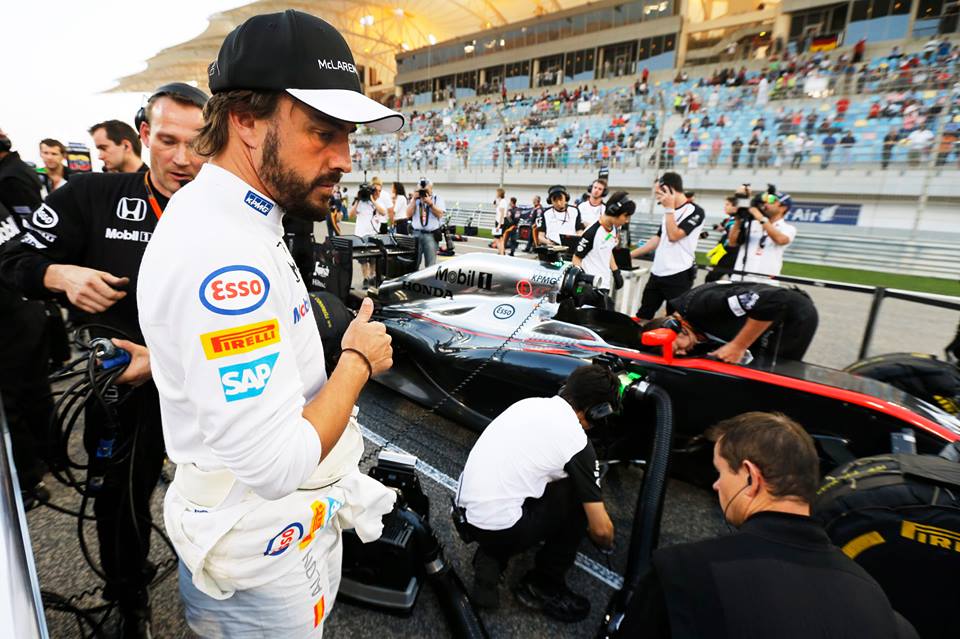 The decision to sit out Le Mans this year was also taken by Fernando Alonso himself, McLaren insists. This week, during the three-week lull between grands prix, the media has taken a moment to consider the reasons for the demise of Alonso’s 2015 Le Mans plans. Late last year, it seemed certain that the Spaniard would be joining his friend Mark Webber and Force India’s Nico Hulkenberg in a F1 super-team lineup for Porsche at the fabled 24 hour endurance race this year. Finland’s Ilta Sanomat claimed Alonso was banned by his new team McLaren, following the horror crash suffered by Australian Webber at the wheel of the Porsche at Interlagos in late November.

Indeed, part of Alonso’s 2015 programme would have included the Spa 6-hour race, which is taking place this weekend. In practice for that very race, former F1 driver Kazuki Nakajima has fractured a vertebra after crashing his Toyota in Belgium. The Spanish sports daily Marca, meanwhile, claims a phantom scheduling clash late last year scuppered Alonso’s Le Mans deal, when the now-defunct Korean grand prix was initially scheduled to take place this first weekend in May. A McLaren spokesman told us: “The decision for Fernando not to race at Le Mans was taken mutually by us at McLaren and Fernando himself.”