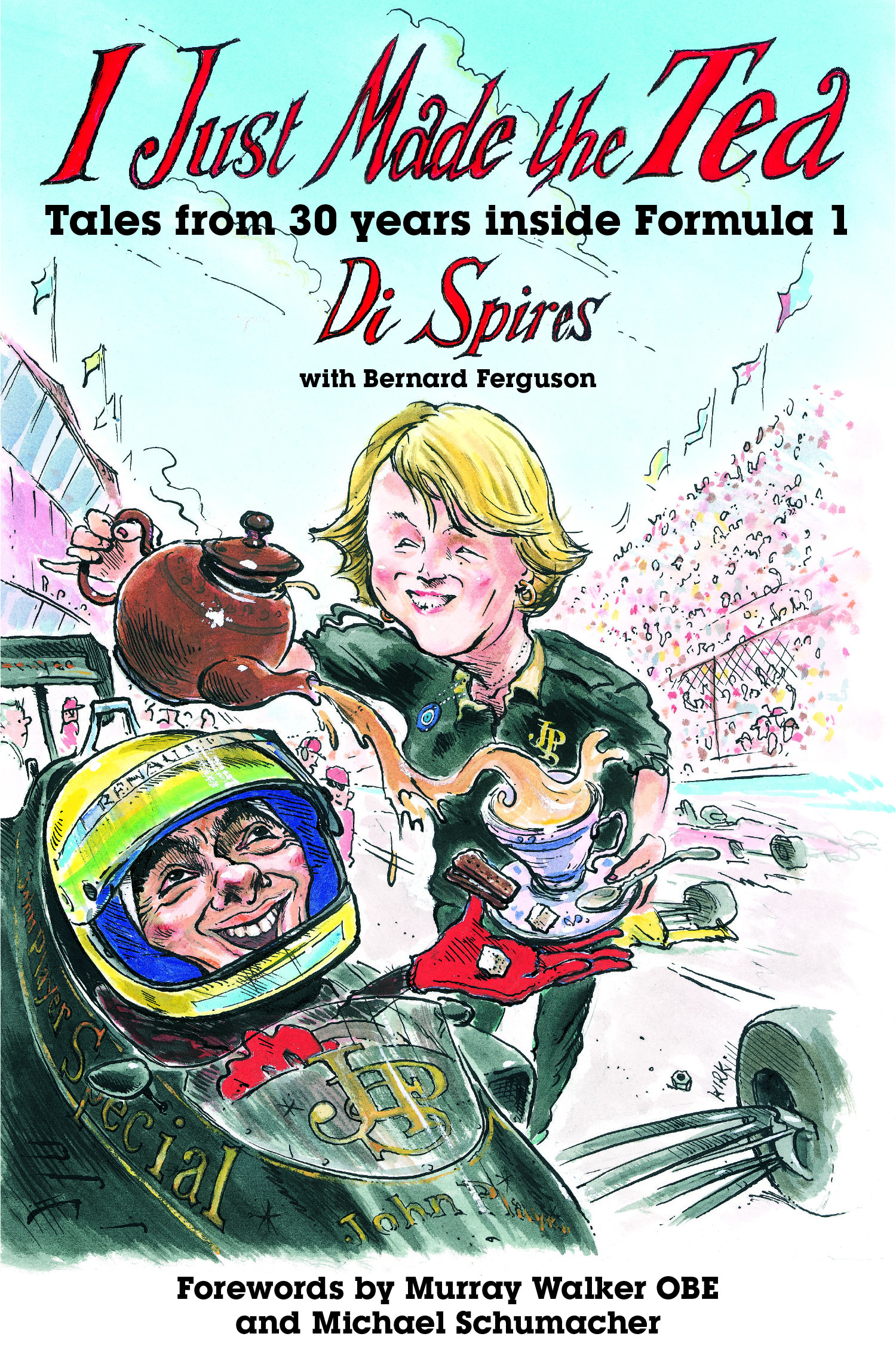 Di Spires, with her husband Stuart, worked in motorsport for 30 years running a succession of team motorhomes, including those of Lotus in the Senna era and Benetton in the Schumacher years. Before that she was a civil servant at the Department of Employment with a role in industrial relations, which involved time at British Leyland’s Longbridge plant dealing with the likes of Derek ‘Red Robbo’ Robinson.

This is the ebook edition of Di Spires’ unusual and revealing Formula 1 memoir. Di and her husband Stu travelled the world in Formula 1 for 30 years, running the team motorhome for a succession of different teams. As well as Formula 1 people, she encountered personalities from every walk of life, from royalty to criminals on the run. Her stories range from the hilarious to the tragic and provide a unique perspective. This is a fast-paced read, packed with surprising snippets and observations, and with plenty of intimate insight into what the drivers are really like.

The author’s Formula 1 roles included working for Lotus in the Senna era and Benetton in the Schumacher era. She worked with five World Champions and became ‘Mum’ to some of the biggest names in the pitlane.  An engaging read that’s full of amusing stories from the Formula 1 paddock over the

past 30 years. Very much a people book, it’s packed with interest and insight into the whole cast of Formula 1, from World Champions to mechanics.

Ayrton Senna features large in her story she became close to the great Brazilian driver and his family. Other great drivers she worked with, and got to know well, include Michael Schumacher, Nelson Piquet and Elio de Angelis.  A motor racing memoir with a difference. Described as ‘Revealing and heart-wrenching’ by The Times.