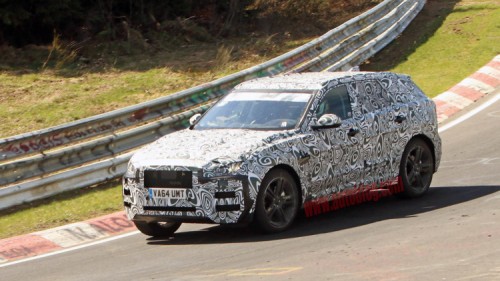 Jaguar is working on its latest upcoming model, the F-Pace. This was seen at the Nurburgring complex and we have a couple of things to share about this brilliant piece of mastery.  This identical F-Pace was seen some time prior during an endurance test for low temperatures and chilly climates. The stark difference is the rubber layer on larger wheels to cater to less extreme cold temperatures. Other minor changes noted were the difference in lights and panels.

The car was under test drive at the Nordschleife venue in Nurburgring which indicates the vehicle’s positioning. The F-Pace will certainly be leaning towards heavy performance rather than an all-round exotic, perhaps it can be compared to the quality of a Land Rover in the SUVs sector except that this would be an on-road version. The Frankfurt Motor Show is one place to be if you want to witness the completed version of the F-Pace, our hearts are already sold on this model.