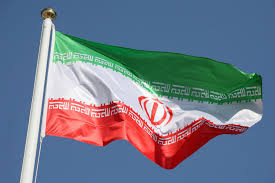 Iran is once again being mentioned as a potential new host for formula one. In 2011, the country bordering Afghanistan, Pakistan and Iraq came onto the F1 radar when it emerged officials had approved plans for a circuit close to the capital Teheran. International journalists described the thought of an Iranian grand prix as “unlikely” and even “bizarre”, and F1 supremo Bernie Ecclestone said at the time: “I don’t think Iran is top of our list.”

But the Islamic Republic News Agency reported on Sunday that Iran has a new plan to build a F1 track in Qeshm, a large island just off the mainland. The report said the news had been broken by Masoud Soltanifar, who is Iran’s head of tourism and heritage. “He made the remarks during his recent visit to the Qeshm island,” the IRNA agency said. “Iran has so many young people with an increasing tendency for driving. Formula one has a great future in Iran,” the official reportedly added.

However, F1 sponsorship expert Zak Brown said the sport’s move away from traditional European markets like Germany has resulted in “disappointment” among already dissatisfied sponsors. “With Italy (removed) there will be the same reaction,” he told Reuters. “We are adding some good ones, but then there is speculation of a third race in the Middle East. How can you have three races there and none in Germany?” wondered Brown, boss of the motor sport sponsorship agency Just Marketing.