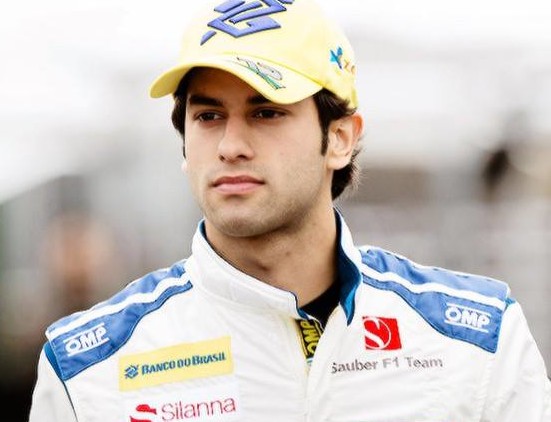 Felipe Nasr has hit back at any lingering claims he might be written off as a typical ‘pay driver’. It was said the Brazilian’s arrival at Sauber with his sponsor Banco do Brasil – whose blue and yellow colours now dominate the 2015 livery – helped to save the embattled Swiss team. But Nasr has also been a standout rookie so far this year, contributing the vast bulk of the team’s points so far and powering Sauber to an unlikely fifth in the championship.

“I have won several championships,” the 22-year-old driver of Arabic descent told the Portuguese edition of Playboy. These criticisms (about being a pay driver) represent a mistaken view,” he insisted, “because drivers have been arriving with sponsorship for a long time – Alonso, Vettel, even Schumacher“.

Nasr has admitted, however, that Sauber – with probably the second-smallest budget in F1 behind Manor – could struggle to keep up its development pace in the next phase of the season. “Lotus, Toro Rosso, Force India, McLaren – they’re all coming,” he confirmed. “And our car is basically the same as it has been in the first four races”.