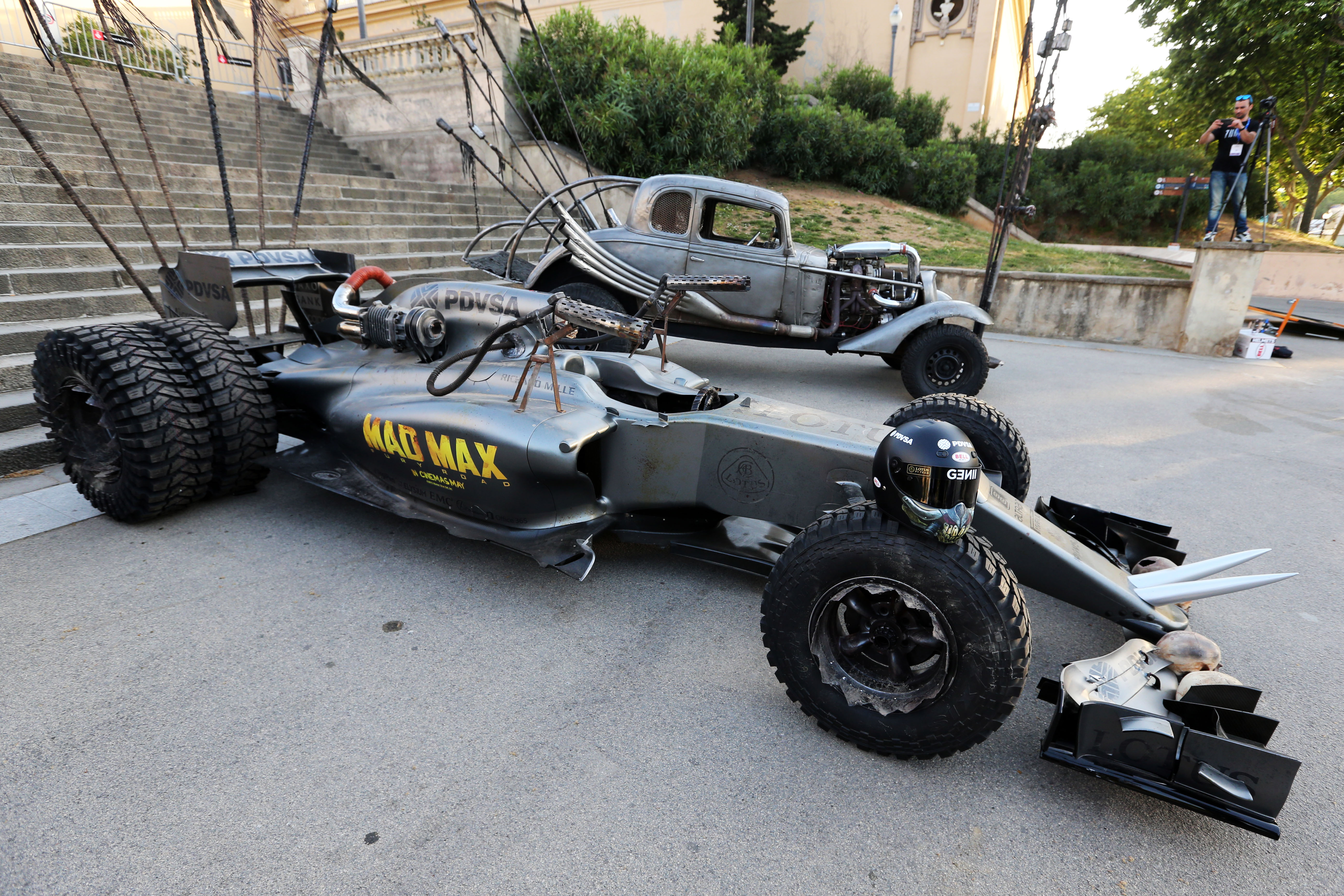 Lotus F1 Team, in co-operation with Warner Bros. Pictures, has prepared a radical-looking proposal for an alternative Formula 1 future. The vehicle – designated the Lotus F1 Team Mad Max Hybrid – is a fusion of Formula 1 technology reimagined for a post-apocalyptic future to coincide with the 15 May 2015 launch of

Fitted with special accessories and heavy modifications for a world gone mad, the Lotus F1 Team Mad Max Hybrid was unveiled at the Barcelona International Motor Show at the Montjuïc Exhibition Centre – at the same location for four Spanish Grand Prix between 1969-1975 – in Barcelona, Spain, on Friday, 8 May, along with two

Accompanying the vehicles was Lotus F1 Team’s Romain Grosjean and Pastor Maldonado, both of whom will drive Mad Max: Fury Road-branded cars competing in the Spanish Grand Prix, held at the Circuit de Barcelona-Catalunya on 9-10 May 2015.

Matthew Carter, Lotus F1 Team, CEO:“Lotus F1 Team is always viewed as a challenger team, so this was a fantastic opportunity to work with Warner Bros. Pictures on the concept of producing a Formula 1 car for the ultimate challenge of the nightmare scenario of an apocalyptic society

seemingly headed for oblivion. This car acknowledges the tenacious nature of Lotus F1 Team; no matter what the rules in Formula 1’s future, we are here to stay and compete.”

Con Gornell, executive vice president of European marketing, Warner Bros. Pictures: “Powerful cars and high speeds are in the DNA of Mad Max, and the Lotus F1 Team Mad Max Hybrid is emblematic of that spirit.   We’re delighted to work with Lotus F1 Team bring a little of the Wasteland to the Spanish Grand Prix.”