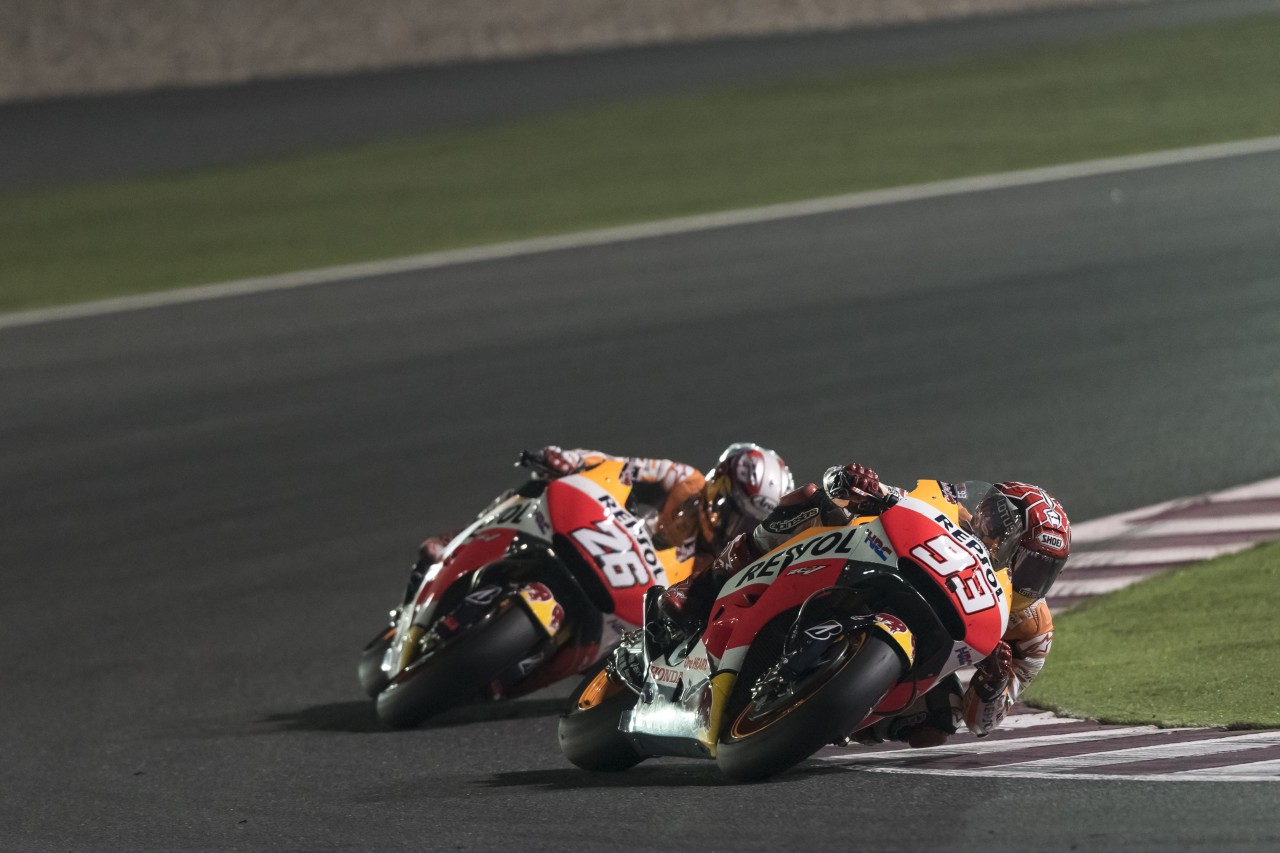 After a three race absence, this weekend Dani Pedrosa will return to race alongside Marc Marquez for the Repsol Honda Team in Le Mans. Dani received surgery to his right arm to alleviate discomfort from arm pump and as a result missed the races in the Americas, Argentina and Spain, but returns in Le Mans for round five of the 2015 World Championship. Marc, who was also injured in a training accident after the GP of Argentina, managed to fight for a courageous 2nd place in Spain, and now arrives in Le Mans this weekend almost back to 100%.

The Le Mans Bugatti circuit is very stop-and-go, with plenty of slow turns where braking and acceleration performance are crucial. Riders and their engineers concentrate on honing their machines’ stability during braking, as well as improving rear-end traction for the numerous hairpin exits. The 4.18km circuit features the same start-finish straight as the Le Mans 24hr event and a blindingly fast right-hander leading to the famous Dunlop chicane. Following this quick start to the lap, the stop-start character becomes evident, with a slow right-hander leading on to the main straight. It is one of nine right hand turns, and four lefts.