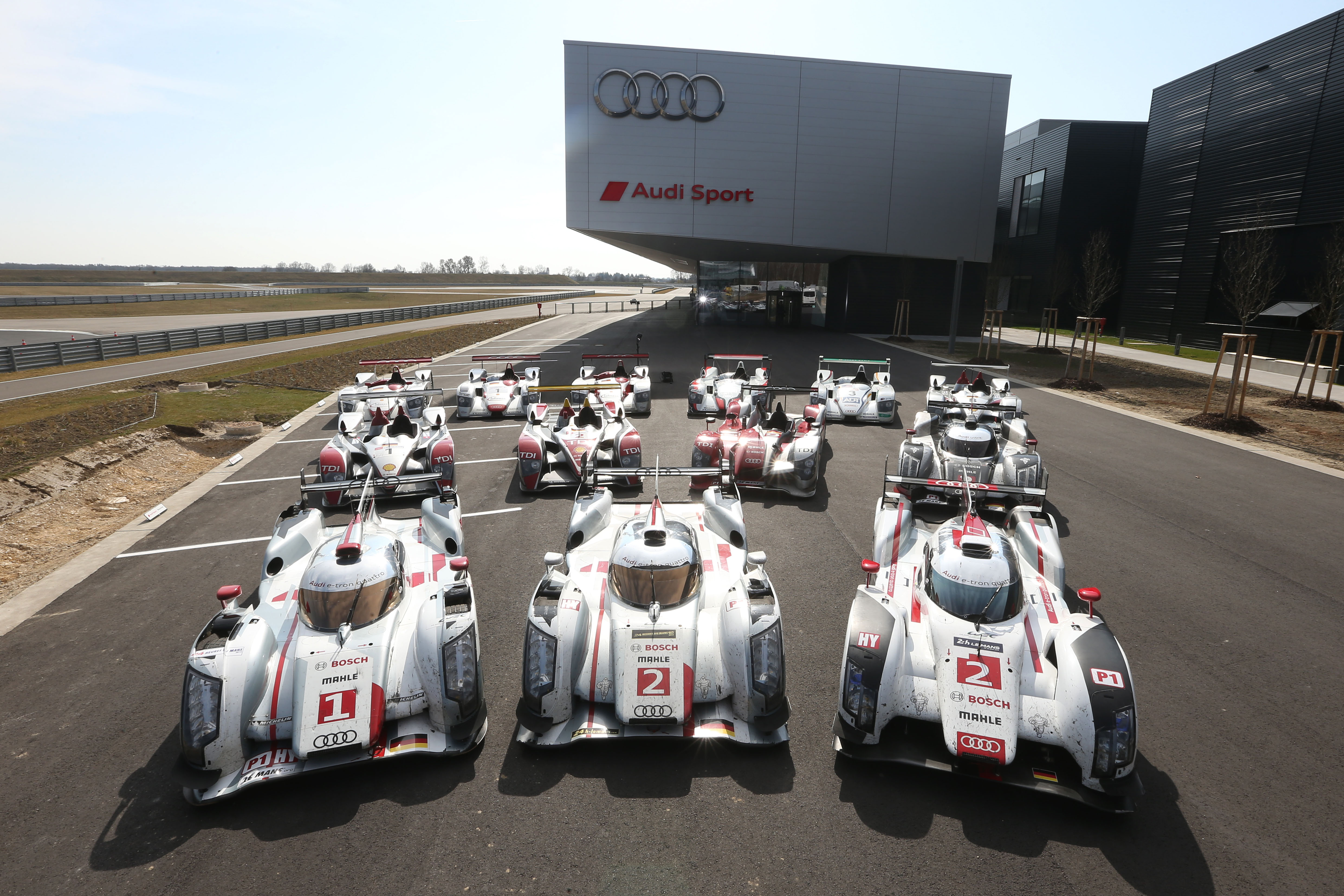 The string of victories began with the Audi R8 in 2000. Following a year of learning and gathering experience at Le Mans, we started the 2000 season with a completely new design, says Head of Audi Motorsport Dr. Wolfgang Ullrich. From weight distribution to cooling, the suspension, aerodynamics and many other aspects, we managed to create a well-balanced car. Whats more, Audi Sport Team Joest, and subsequently the brands customer teams as well, received a race car that the mechanics still rave about to this day. It featured a modular design that was equally robust and simple, thereby enabling quick repairs. As the transmission of LMP race cars is highly stressed, and was regarded as a vulnerable assembly at the time, Audi developed a particularly clever modular solution: a rear end  consisting of the transmission and the rear axle  that could be exchanged within a matter of minutes by means of quick-release fasteners.

In 2001, FSI technology marked a major step forwards in the powertrain. Gasoline direct injection optimized consumption, had a favorable effect on the race cars responsiveness and shortly afterwards was introduced in Audis production models. Between 2000 and 2005, the R8 won at Le Mans five times, and Mr. Le Mans, Tom Kristensen, was a member of the driver squad in each of these events.

In 2006, Audi sparked a technological revolution. The R10 TDI was the first Le Mans winning car with diesel power. Ever since then, only LMP race cars with diesel engines have been winning the classic race at La Sarthe  including eight Audi cars. The challenge was to develop a diesel engine with more than 650 hp for racing. Integrating this V12 unit into an LMP race car posed an equally great challenge. Weight, the axle loads and the cooling requirements in a racing category with particularly sensitive aerodynamics made high demands on the engineers. The R10 TDI won at Le Mans three consecutive times since 2006.

The R15 TDI is linked with a feat that has continued to exist to this day. The race car with a V10 TDI engine and a lithium-ion battery for the onboard electrical system broke the 39-year-old distance record at La Sarthe in 2010. A year later, the Audi R18 TDI debuted. It, too, was instantly a winner. This closed-wheel race car marked the beginning of a new era at Le Mans for Audi, says Dr. Ullrich. The regulations required us to reduce the cubic capacity of the engine from 5.5 to 3.7 liters. Therefore, the aerodynamic efficiency of the closed race car, considering all the factors combined, became even more important. The optimized aerodynamics helped improve lap times although the race car had less power output than its predecessor and consumed clearly less fuel.

Since then, all Audi LMP1 race cars have been designated as R18 even though they have included ever new model generations. The 2012 R18 e-tron quattro, the brands first hybrid sports car, marked the next major step. Audi, as the first winner with hybrid drive, set the next milestone at Le Mans and, in 2013, won again with a significantly updated version of this model. A V6 TDI engine powered the rear axle, a hybrid system the front axle, and the entire control system was fully electronic. Audi has never before developed such a complex race car, says Dr. Ullrich. The most radical change to the regulations to date followed only a year later when each of the LMP1 race cars was restricted to a limited amount of fuel and hybrid energy per lap. Therefore, Audi developed a basically new, even more efficient R18 e-tron quattro. It won the race in 2014, was faster than its predecessor, but used 22 percent less fuel. There is hardly a better way to demonstrate Vorsprung durch Technik.