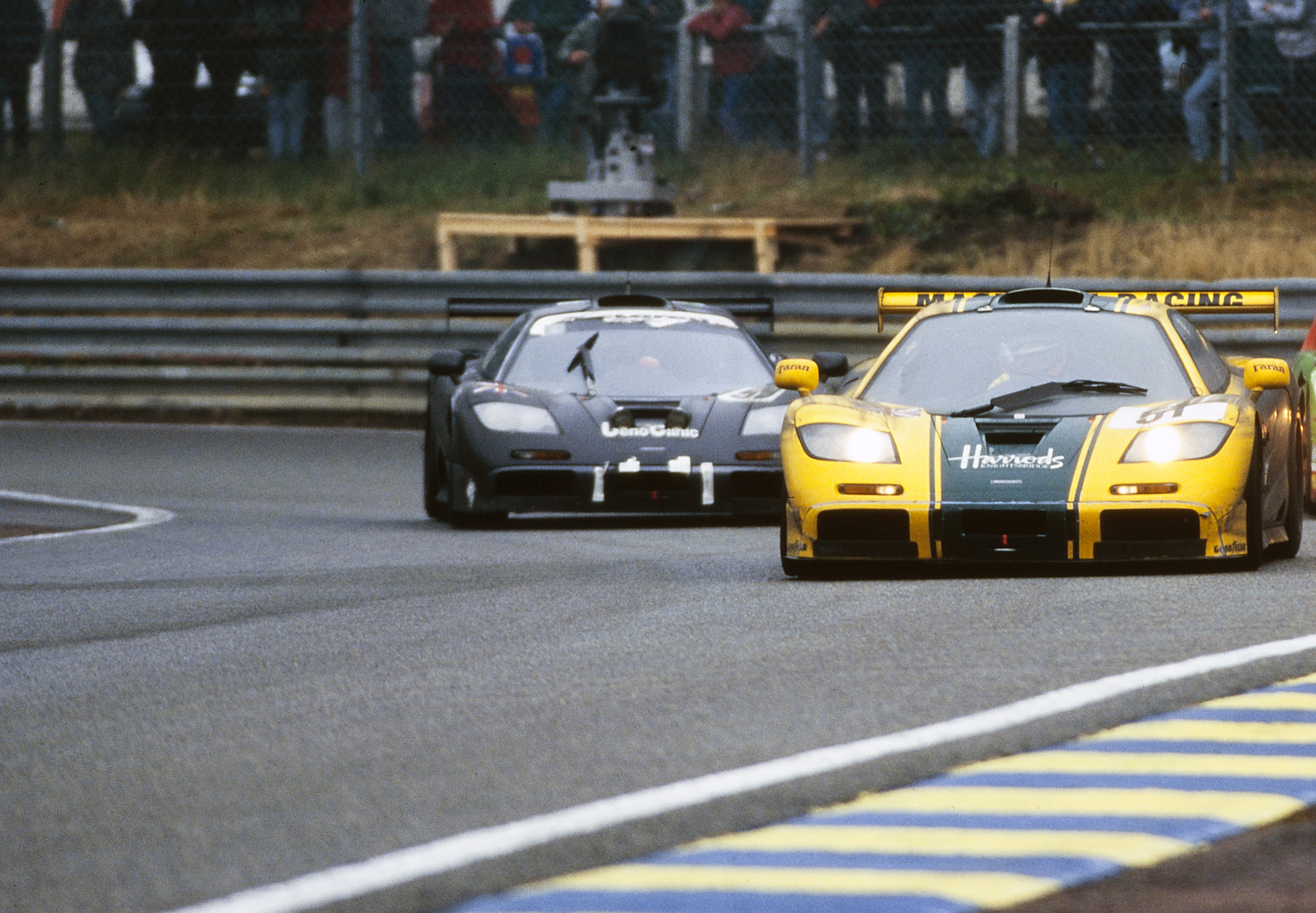 McLaren Automotive and McLaren Special Operations (MSO) will celebrate the 20th anniversary of the famous 24 Hours of Le Mans win next month with the ultimate display at the French circuit. The five examples of the McLaren F1 GTR that dominated the 1995 race, including the race-winning chassis #01R, will take to the track led by the latest McLaren model to wear the famous GTR badge as the McLaren P1™ GTR makes its global public dynamic debut. This will be the first time all five cars have been on track together since the chequered flag fell shortly after 16.00, 18 June 1995.

Twenty years on from the famous win, the five cars that finished – chassis #01R, #06R, #02R, #07R and #05R – will return for a parade lap of the legendary circuit prior to the lights going green for the 83rd running of the 24 Hours of Le Mans. The McLaren P1™ GTR will lead the charge driven by French former racer Yannick Dalmas, who was part of the winning driver line-up in the number 59 McLaren F1 GTR. His teammates J.J. Lehto and Masanori Sekiya will also join the parade, along with owners of the limited edition 650S Le Mans.

Designed and developed by MSO, the McLaren P1™ GTR is a 1,000PS (986bhp) track-dedicated model which provides membership to the world’s most exclusive McLaren ownership programme. The McLaren P1™ GTR Driver Programme offers unique access to race winning knowledge and expertise within the McLaren Technology Centre, and a bespoke driver training programme designed to hone and optimise driving skills.

The McLaren F1 secured its place in motorsport history 20 years ago when five lightly race modified examples crossed the finish line of the world’s most famous endurance race in France to complete one of the most dominant results the event had ever seen. The McLaren F1 GTR, in its debut outing at the 24 Hours of Le Mans, claimed outright victory, and also finished third, fourth, fifth and 13th against a field of purpose-built prototypes and more established manufacturers. This result meant that McLaren was, and still is, the only manufacturer to have claimed the Triple Crown of Motorsport – victory at the 24 Hours of Le Mans, the Monaco Grand Prix and the Indianapolis 500.