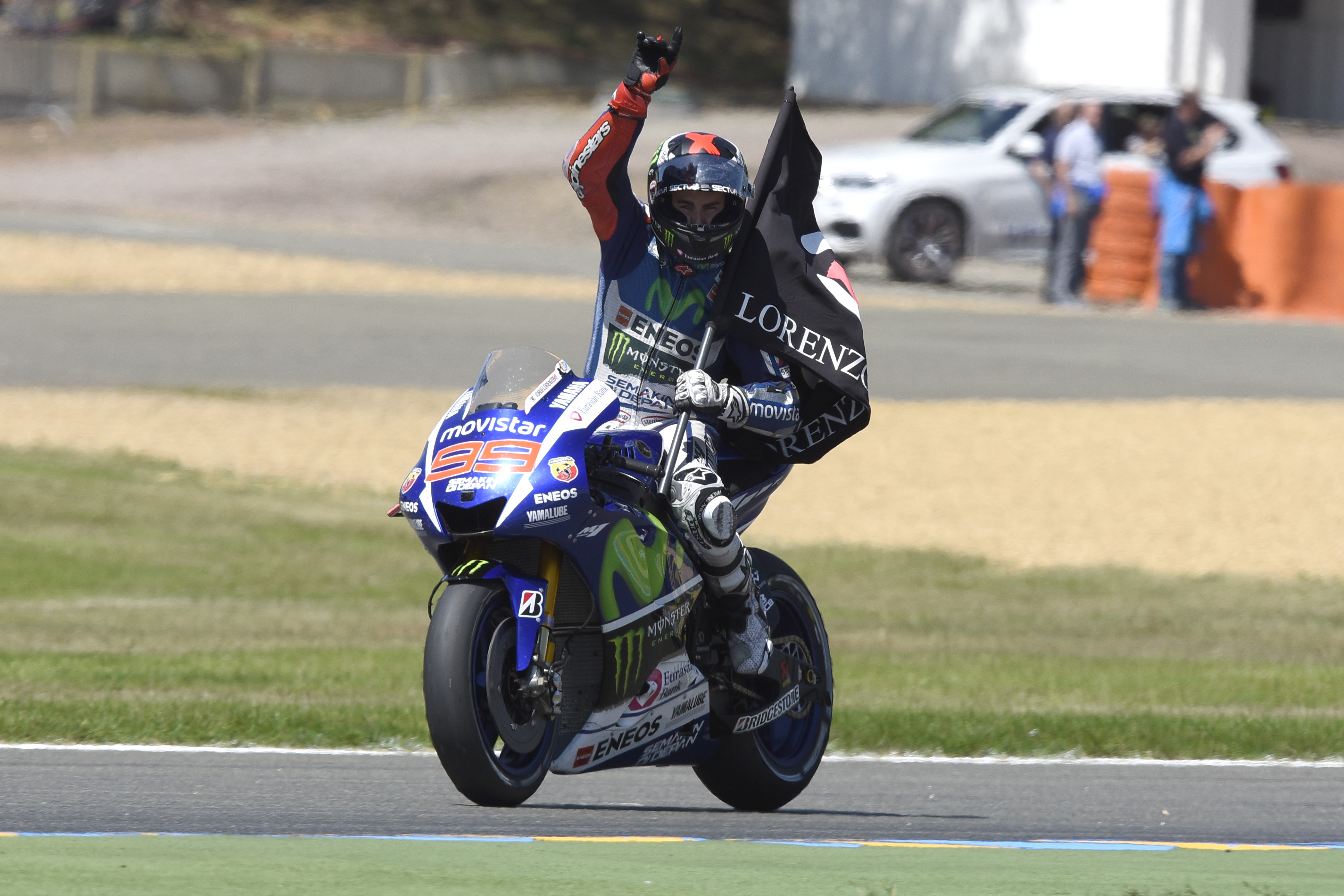 JORGE LORENZO: “Before the race I was a little bit worried about the front tyre on the right side, because it was close in some corners. Sometimes that‘s worse in the race on Sunday, because it‘s hotter at two o‘clock and you have more fuel in the tank and push more on braking. On the third or fourth lap it started closing, and I started worrying that I had an ever worsening tyre in the next laps, but luckily for us the tyre stayed more or less the same. It was close in the whole race, but not becoming worse. I was pushing the whole time and when the fuel tank ran low I pushed a little bit less. So this time we have been lucky. I know that other riders also struggled with the front. I could improve in some areas because I lose out in some corners. It was important to be second and overtake Marc at the start and Dovizioso in the first corner. This is the way I prefer to ride, because with nobody in front I can

brake perfectly, keep the corner speed and try to increase the gap, so that is what happened. It was difficult because Andrea kept a gap of under a second for a long time, but finally I could stay ahead by 1,2 or 1,4s. Then, when I saw Valentino in second place and in some place close in a little, I had to try to push so much, especially on braking, I could brake later and later and rode a 1‘33,004, which gave me the advantage I needed to win this race. Winning two races in a row after finishing outside of the podium in three Grand Prix is a big contrast. These are much better results, but you have to keep your feet on the ground and not hesitate, because things can change very quickly and I can have bad results in the future. Mugello is a good track for Yamaha and especially for me, because it‘s my favourite track, but Valentino is also very fast there, so who knows what‘s going to happen”.

VALENTINO ROSSI: “I‘m happy but we struggled too much to find the right setting in the practice, so we decided to risk and modify the bike before the race. I have to say thank you to my team because they worked very well, my bike today in the race was fantastic and I was able to push, recover and overtake and I was especially able to enjoy riding a lot. I started from the third row and Jorge is always very fast at the start. I had a small gap but I enjoyed the race a lot, because I could overtake and ride at the maximum. Around half way through the race I arrived in second place behind Jorge. He had around two seconds so I wasn‘t so far behind him and I tried the maximum, because I felt good, but he was in a perfect situation. He was in front and concentrated

and he was in his “hammer time”. When he‘s like that it‘s very difficult to come close to him. This weekend he was stronger than us and was better prepared for the race, so he deserved to win, but I‘m happy, also for Yamaha because this year our bike is very strong. These twenty points are very important for the championship. We arrived late at the front, but we arrived and it was another great race. We struggled in the practice, I think that‘s also due to our bike a little bit, because Jorge also struggled, while he‘s always great at putting out one fast lap. That‘s our weak point, but on the other side, in the race our bike is fantastic, it‘s very balanced and you can push every lap and this is important. I arrive in Mugello with this great condition I‘m in and that makes me very happy. The problem is that it‘s also Jorge‘s favourite track! Today was a great result for our team, a Yamaha 1-2, and we hope that in Mugello we can reverse the order!”.