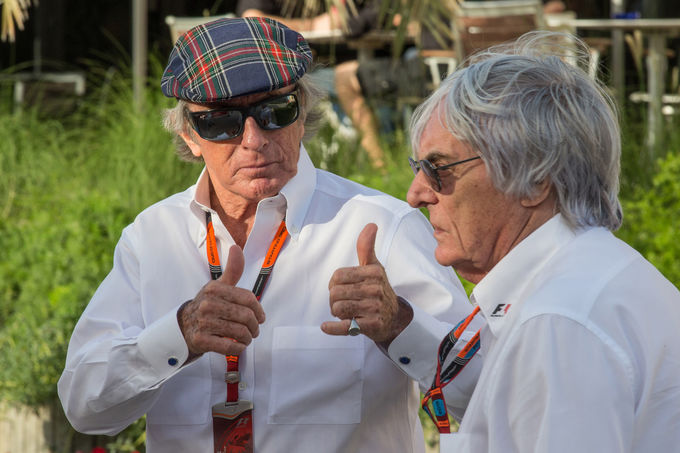 Fernando Alonso, who tested Ayrton Senna’s old 1988 car recently, said this week he wishes he had raced in that era. “The cars were more racy,” said the McLaren driver, “with big tyres, big engines and not many limitations in terms of creativity for the designers.”

F1 legend and triple world champion Sir Jackie Stewart, meanwhile, raced in the 60s and 70s, when abysmal safety measures and death were ever-present. But the 75-year-old said he is glad he did not have to race today’s grand prix cars. “The last time I drove these modern cars was two years ago – a Williams at Goodwood,” he told Brazil’s Globo Esporte. “I didn’t like it. Naturally, I would have adapted to it eventually, but I had to first understand all of those buttons on the steering wheel, and then be guided on the radio by the team personnel. I believe driving the cars today is an immense challenge,” said Stewart, “but I don’t find it interesting. I like to drive fast cars, but this F1 is too complex.”

The cars are just one aspect of formula one today that Stewart says he would like to change. Another, said the Scot, is the “entertainment package”. “F1 needs to improve its show,” he said. “In Bahrain, if you go behind the grandstands, there is music, dancing, areas for the family. You can eat Arabic food, American food, Indian food. We have to think more about attracting women and children. Look at football – today there are almost as many women as there are men. In the past, a man worked many hours a week, came home and told his wife he is going to the football. Now she can say she is coming along with the children. F1 has not thought about that, but I hope the new generation of sponsors see the need.”

Some blame many of F1’s problems on Bernie Ecclestone, the 84-year-old chief executive and ‘supremo’ who is notoriously wary of the age of digital and social media. Stewart said: “Bernie has done more for F1 than anyone has done for any other sport. In football, who could you say has actually changed the sport? But no one is indispensible, and the next leader of F1 will maybe be even better. Bernie is fantastic. Look at the paddock – it’s perfect. And look at what he did for F1 financially. Bernie will be missed, but he will be replaced“.