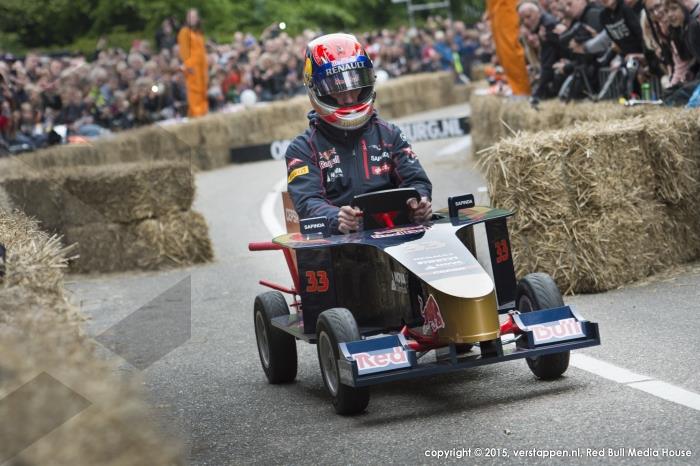 Max Verstappen is heading to Monaco with a bruise on his backside. With F1 taking a weekend off between the Spanish and Monaco grands prix, the Toro Rosso driver headed to Valkenburg in his native Holland

to participate in a Red Bull-sponsored soap box derby. The 17-year-old sat at the wheel of a miniature ‘car’ dressed up like his Toro Rosso and headed cautiously over the jumps, constantly tugging on the handbrake. The final ‘jump’, however, damaged the car and clearly rattled Verstappen’s backside and knees.

“It was a hard landing!” he smiled, according to De Telegraaf newspaper, “but I finished the course and have nothing broken. This was the main aim for me. Of course I thought carefully about the risks – I deliberately drove a little slower on the straights”

Verstappen is now heading to Monaco for his first F1 race in the fabled Principality. “It looks good,” he said. “A place in the top ten should be possible for us”.