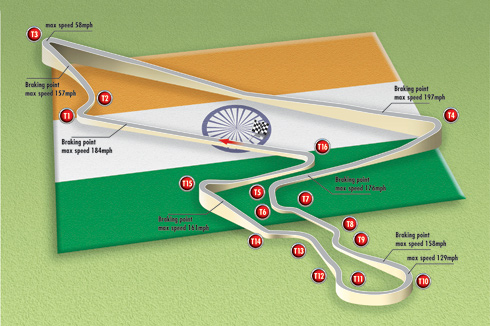 India is not poised to return to the F1 calendar any time soon, according to a source. After three editions, the New Delhi race was scrapped after 2013 for reportedly financial and bureaucratic reasons. Officials always said they were hopeful the formerly Jaypee-promoted event might return, but when the provisional 2016 calendar was leaked recently, India was not featured.

“Unless the government steps in, the return of the Indian grand prix is not feasible, let alone in 2016,” the unnamed source told the New Indian Express newspaper. “While the official line is that negotiations are happening, I don’t think anyone expects the race to come back in the near future”.