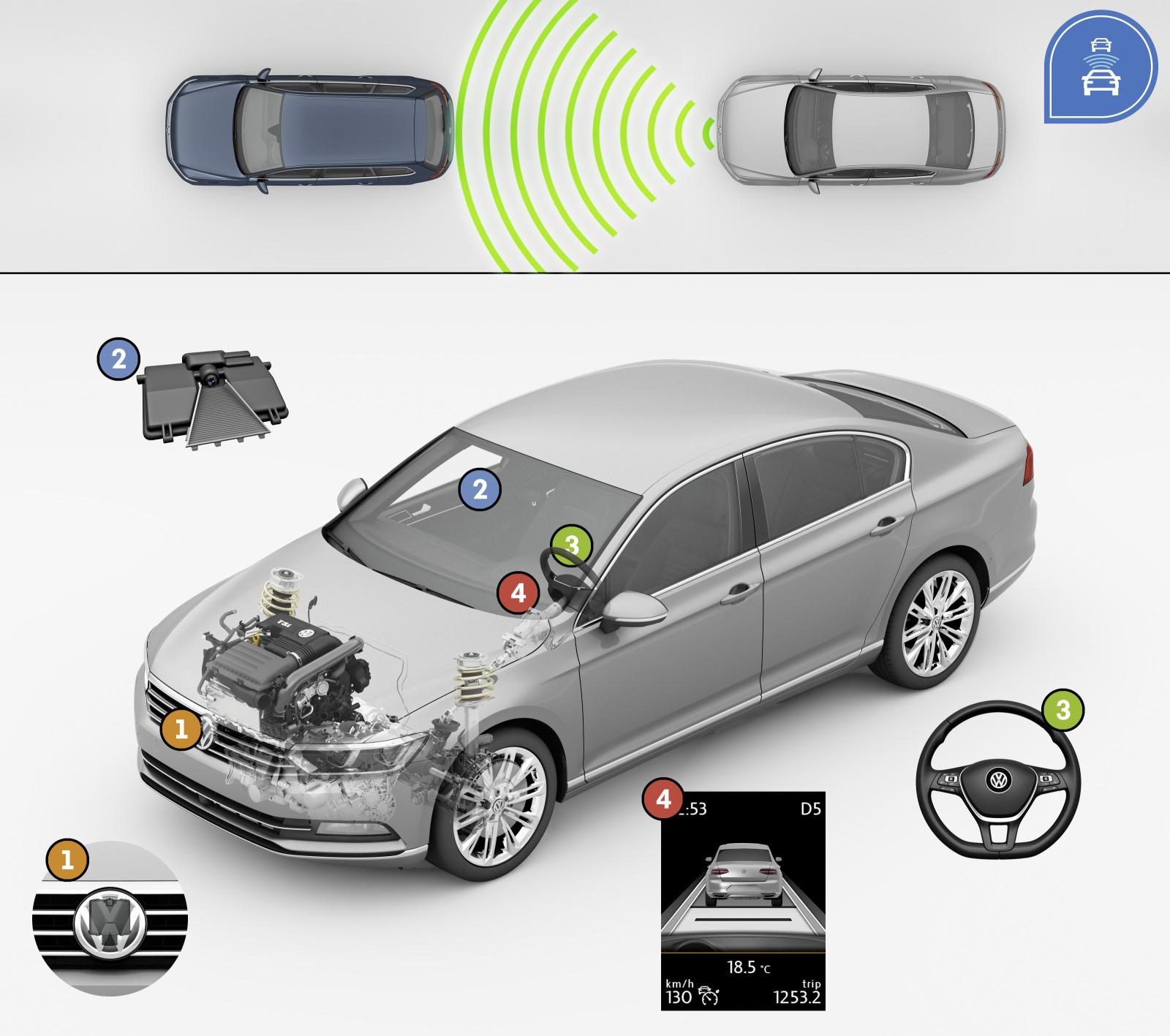 The Volkswagen Golf and Passat models have been praised by vehicle safety experts at the Thatcham Research Centre, who have seen a 45 per cent drop in third party personal injury insurance claims thanks to the fitment of auto-emergency braking systems. The latest generation Golf went on sale in the UK in January 2013.  All except for the entry-level S models have Adaptive Cruise Control (ACC) as standard, with ACC including the radar sensor controlled distance monitoring system Front Assist, as well as city emergency braking and cruise control.  Since launch, third party injury claims on the latest Golf are 45 per cent lower than for the equivalent ‘Small Family Car Control Group’.

Although such systems are not new, it was the Golf that ’democratised safety’ and brought ACC to a wide audience.  The system operates over a speed range from 30 to 160 km/h (approx. 18 to 99 mph) with a manual gearbox and with DSG.  In vehicles with DSG, it can intervene to such an extent that the car may be slowed to a complete standstill.  In normal driving ACC maintains a preselected speed and a defined distance to the vehicle ahead, and it automatically brakes or accelerates in flowing traffic.  Front Assist continually monitors the distance to the traffic ahead and assists the driver in critical situations by preconditioning the brake system and alerting the driver to any required reactions by means of visual and audible warnings.  If the driver fails to brake hard enough, the system automatically generates sufficient braking force to help avoid a collision.  Should the driver not react at all, Front Assist automatically slows the car so that the speed of any impact is minimised.  The system also assists the driver by an alert if the car is getting too close to the vehicle in front.  The city emergency braking function is also part of Front Assist and operates at speeds below 30 km/h (approx. 18 mph).

The new Passat which went on sale in the UK in January also now has ACC as standard on all but S models.  With a further developed system, as well as the ability to detect pedestrians, early indications from Thatcham are that the reductions in accidents could be even more significant. ACC is also available on other models including the Polo and Touareg, while city emergency braking is offered on the up! city car.