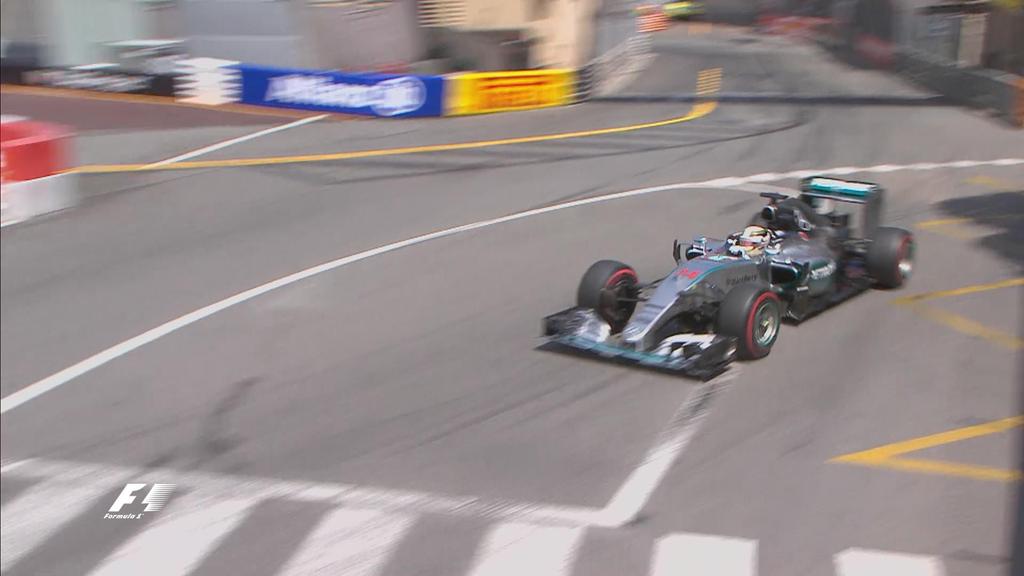 Lewis Hamilton looked to be cruising to victory on the Monte Carlo streets, only for Mercedes to make the mistaken decision to pit him under a late safety car. The Briton finished third, with team mate Nico Rosberg prevailing instead. As head of motorsport Toto Wolff explains, the team simply got their sums wrong – but having apologsied to Hamilton, he is confident the Briton will bounce back quickly…

Q: Toto, it was a surprising result. How did it all come about? Lewis looked a sure winner, only to end up in P3…

Toto Wolff: We simply got the calculation wrong. We thought that we would have a bigger gap – a couple of seconds more – but we didn’t.

Q: Was it a pure engineers’ decision? Are they the ones to blame?

TW: No, it was a team decision. We are all together in this. We make decisions together. We win and lose together.

Q: How much did the fact it was a virtual safety car, but turned into a real safety car, confuse the calculations of the engineers?

TW: In Monaco you don’t have a GPS – and that makes everything more difficult. That’s why we got it wrong when it switched from the virtual safety car into the safety car.

Q: At what point after Max Verstappen’s accident was the message passed to Lewis to come in?

TW: In Rascasse. The final decision was made 50 metres before the pit lane entry.

Q: There are rumours that Lewis was held up by the safety car before Rascasse. What do you know about that?

Q: When you saw all that wouldn’t it have been common sense to not call him in? Do you really rely only on data?

TW: We we’re in a situation of waging common sense against data. Common sense is okay, but it doesn’t win races in the long run. You have to rely on data – and now we have to find out why we got it wrong today.

Q: Why take that gamble to call him in when real information was so limited? Lewis had a sound lead on track, so why bring him in?

TW: The potential risk could have been Sebastian (Vettel) switching to supersoft tyres and coming up behind Nico. Now in hindsight I have to confess that the data was wrong.

Q: Is it correct that the whole situation came about because you were afraid that Sebastian would switch to the supersofts? He probably would have fallen behind the two Red Bulls…

Q: …behind Nico! So why was there fear for Lewis’s position?

TW: That is probably the common sense I was talking about – even if you run new supersofts in P3 it is very difficult to overtake one car, let alone two! Probably the result would have been a one and three for us – with a different order. Very likely it would have ended in that way.

Q: Why didn’t you wait with calling Lewis in after you saw Sebastian’s strategy?

Q: Did Lewis question on the radio the decision to come in?

TW: We talked about it. There was the information that the temperatures dropped and that there was no grip any more on the prime tyres – but that was not the real reason why we called him in. The numbers just added up.

Q: What active role in all this mess did Lewis play? You just mentioned the tyre temperature and the loss of grip…

TW: We made the decision together. You make such a call within a fraction of a second. We tried to get as much input on the situation as possible – from the engineers, from the management and from the driver – and then took a decision. In that case the algorithm was wrong.

TW: I have apologised. This one clearly goes on the team. Lewis is a great driver and I am sure he will understand that it is human nature that errors are made sometimes. That’s it.

Q: What were Lewis’s first words to you?

TW: He was in the media scrum when I apologised and from his look I could see that everything was okay between us.

Q: How do you think Lewis will cope with all this?

TW: He has such a mental strength and is on a roll. Yes, it must be very sore to lose that race win because it was his to win. But I have no doubt that he will recover as quickly as he always did.

Q: What would you have done if Lewis had come out behind Nico and not Sebastian? Would you have asked Nico to let him pass?

TW: I have already enough problems – no need for that! We briefly discussed what we would do if Lewis passed Sebastian, and very likely we would not have interfered.

Q: Some wondered if that was a convenient outcome given the fact that [Mercedes-Benz head] Dr. Dieter Zetsche was here and probably would have wanted a German winner?

TW: Dr. Zetsche was very unhappy with that particular situation. Believe me there is no such thing as favouritism in this team, for any reason.