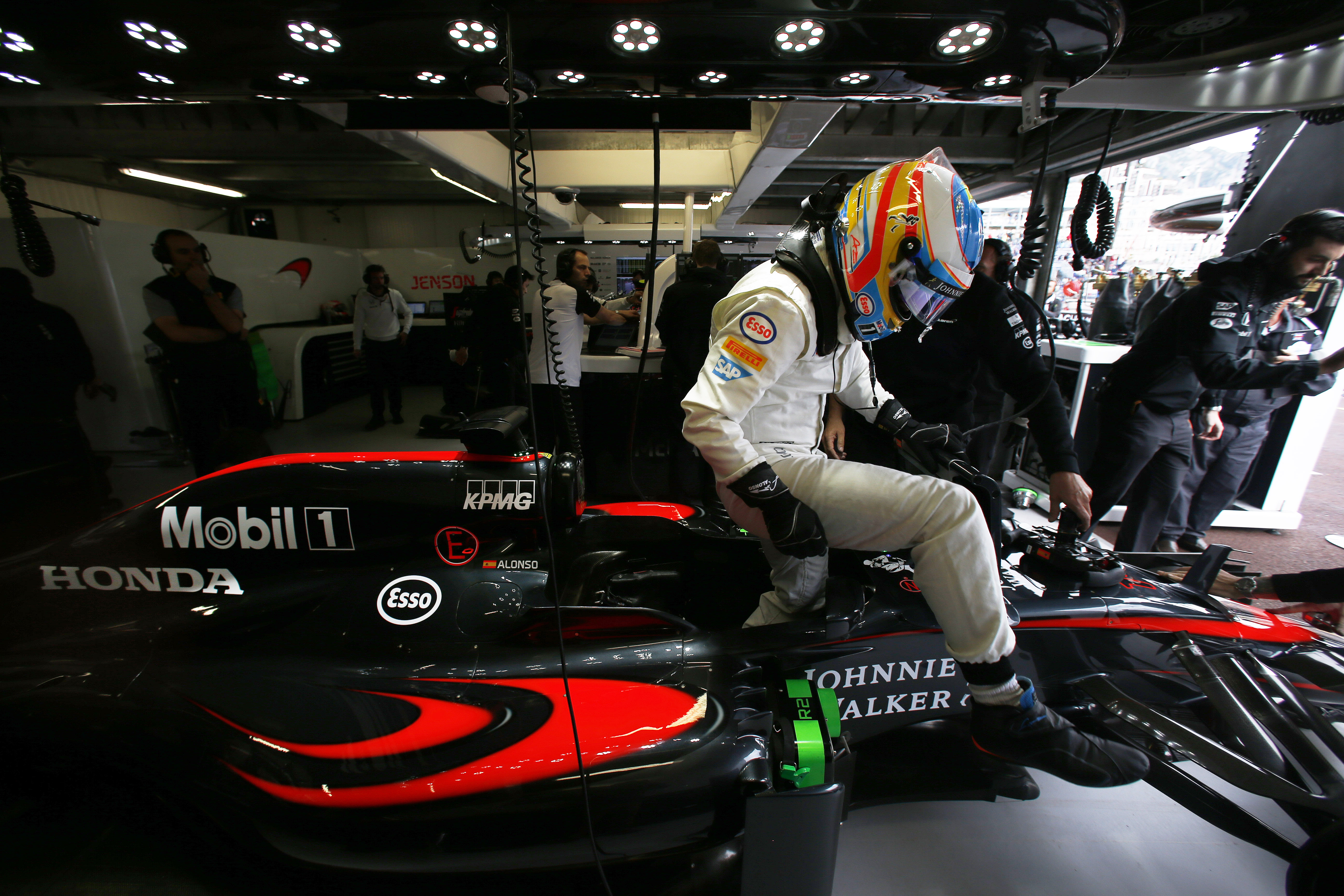 Fernando Alonso was not too disappointed to miss out on his first points of the season in Monaco. Actually,

the honour of becoming the first points scorer in the new McLaren-Honda era on Sunday went to teammate Jenson Button, who finished eighth. “This is a great stepping stone to winning in the future,” said the Briton. Spaniard Alonso was also on target for points on Sunday, but for now he retains the ignominy of a ‘zero’ scorecard along with Pastor Maldonado and the Manor stragglers. Sunday’s failure was in the gearbox.

“Our progression has been extraordinary,” he told Spanish reporters after the race, “but reliability is something that we need to get on top of.” However, Alonso said every car problem now is hopefully one he will not suffer again in the future. “It’s better to happen now than next year, when hopefully we are fighting to be world champions. Being eighth or ninth matters relatively little now.”

the package in terms of the “engine, aerodynamics, reliability and performance. Austria and Hungary we hope will be very important steps for us,” he revealed. But the next race in Canada, Alonso warned, will be “difficult” for McLaren, who cannot expect “miracles” at a circuit where horse power is important.