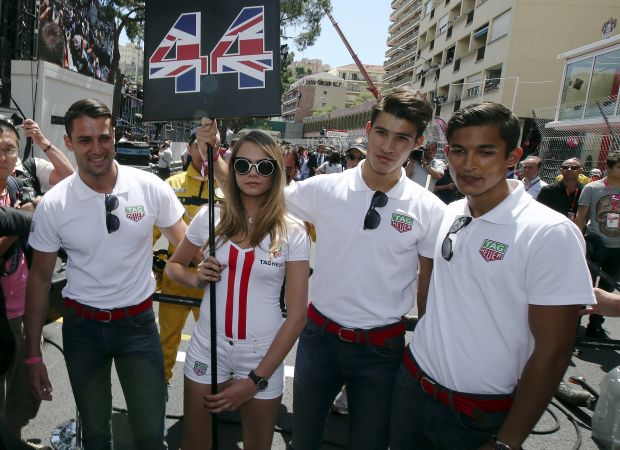 Sebastian Vettel was no fan of the ‘grid boy’ concept that debuted on Sunday’s Monaco grid. Normally, when F1 drivers pull into their grid hatching ahead of a race, they are greeted by a ‘grid girl’ holding a placard with their name and number.

“What was that?!” Ferrari driver Sebastian Vettel asked official FIA interviewer James Allen in the post-race press conference. He was referring to the absence of grid girls, as they were all replaced by male models wearing short jeans and white sandshoes. “No idea, you’re asking the wrong person,” Allen replied.

“F*ck, you get there and park behind George or Dave, what’s the point?” Vettel added. It is reported that the decision to replace the girls for boys was taken by the Monaco race promoters. Earlier this year, the world endurance championship announced that grid girls would no longer stand on the pre-race grid, even at prestigious Le Mans. As for the similar move at Monaco, Vettel was quoted on Sunday by the Kolner Express tabloid: “I’ll speak with Bernie (Ecclestone) about it.”