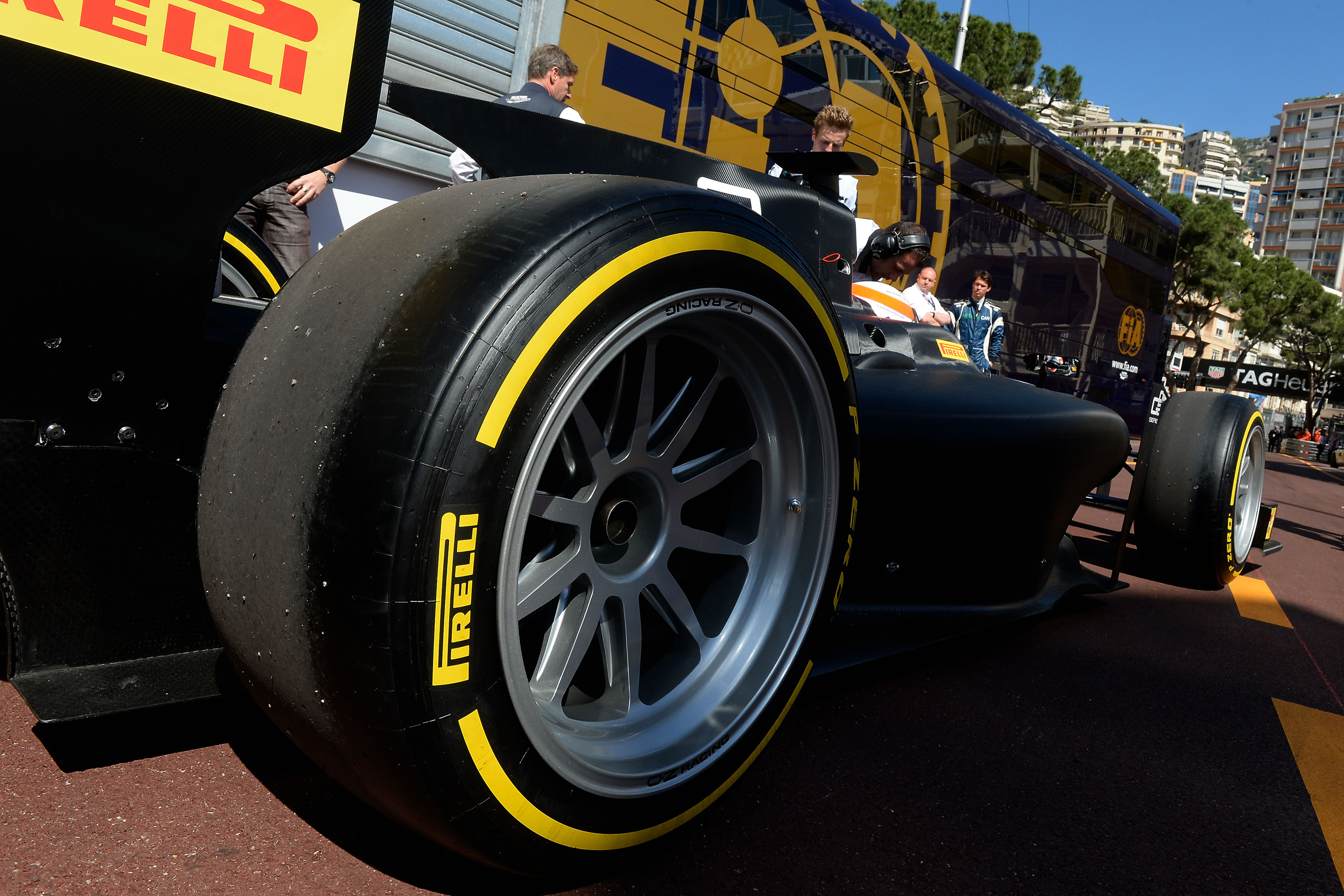 Pirelli has taken to the track in Monaco with a race-ready 18-inch GP2 tyre fitted to the Series development car, driven for two demonstration laps by former grand prix ace Martin Brundle. The new tyre was based on supersoft compound rubber, in a similar size to the 18-inch tyre that already made an appearance 10 months ago on a Lotus Formula One car, at the official test following last year’s British Grand Prix.

The new GP2 18-inch tyre was designed as a showcase for Pirelli’s technology, highlighting the Italian firm’s capability to rapidly react to whichever future regulations may be requested, and demonstrating the proactive approach that Pirelli has taken to the top levels of motorsport ever since being appointed as exclusive supplier to Formula One in 2011.

Brundle, whose last used Pirelli tyres as a driver with Brabham-Yamaha in 1991, said: “This is a very good, positive initiative and it was really interesting to drive the Formula One circuit in a GP2 car with these tyres. It actually felt completely normal: by the second lap I was able to push the car a bit; I had my foot flat to the floor occasionally! Initially, I was expecting

the car to feel a lot stiffer with these tyres, but that wasn’t the case at all. There are a few things to get used to – for example it’s harder to see exactly where the apex is – but as a driver your job is to adapt. I wish I could have done a few more laps.”

Pirelli has tested the new 18-inch GP2 tyre for three sessions during this year, recording lap times that are equivalent to the current 13-inch tyre without compromising degradation.

Pirelli’s motorsport director Paul Hembery, unveiling the new tyres to media together with Brundle at the Monaco Grand Prix, commented: “These tyres are competitive and ready to race, so we wanted to show them to people now to make the point that we are ready to adapt ourselves to whichever regulations may be adopted in future, in a timely and proactive fashion. We’re open to what the sport wants to do. Most of the championships we supply – nearly 300 of them, all over the world – actually use 18-inch tyres so this wouldn’t be such a big jump for us. As always, we’re committed to finding the best and most relevant solutions at every level of motorsport. It’s true that you don’t see so many road cars running on 13-inch tyres these days, so this could be a very interesting direction for the future. We’re glad that Martin enjoyed sampling them on the most spectacular circuit in the world.”