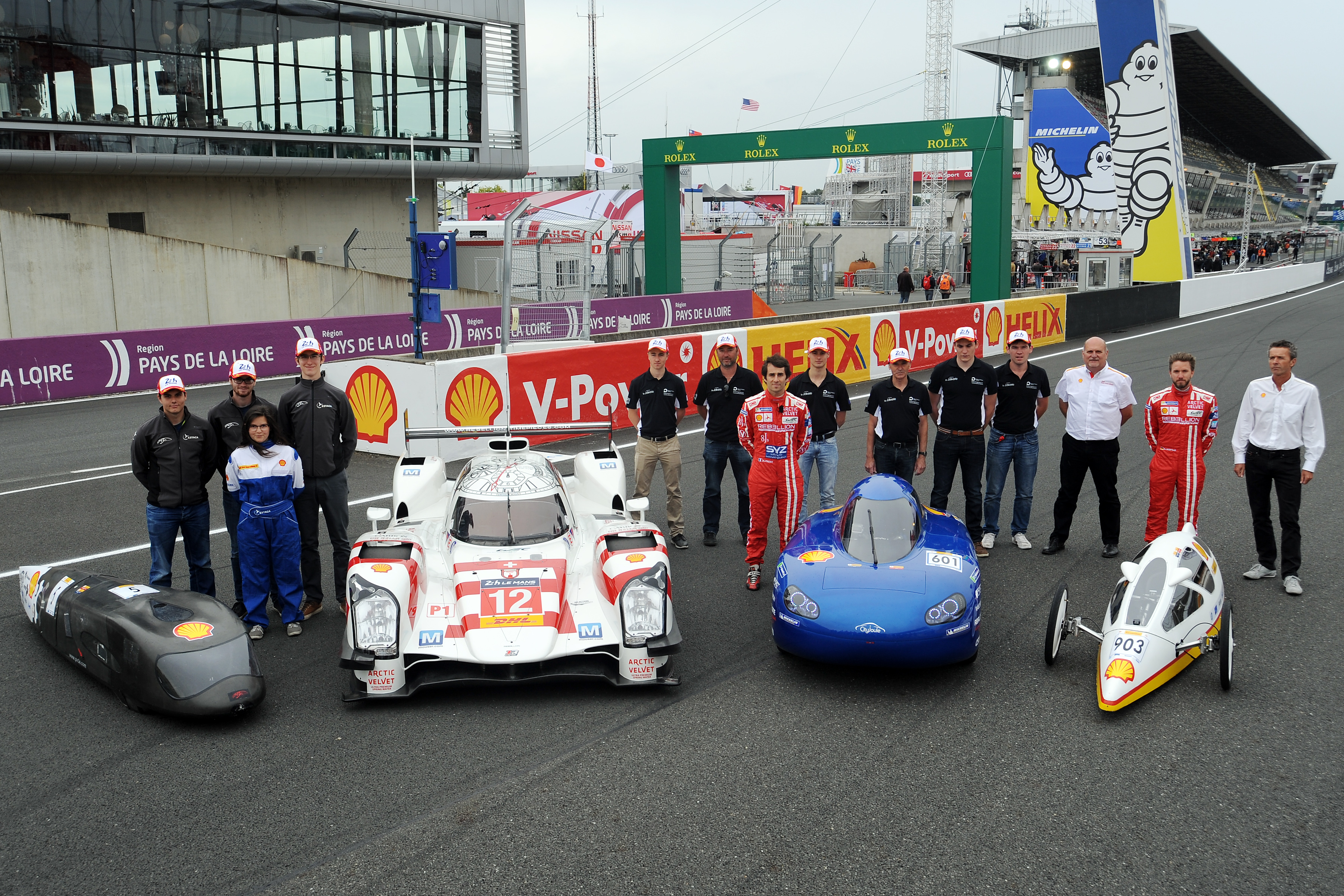 Students who engineer and drive cars that could complete the Le Mans 24 hours on just over a litre of fuel were on track at the world’s most famous motor race on Wednesday, 10 June. Staking a claim to be the most energy-efficient vehicles ever to roll a wheel on the hallowed Le Mans tarmac, the Shell Eco-marathon vehicles built by teams of French students have achieved up to 3,771 km per litre. 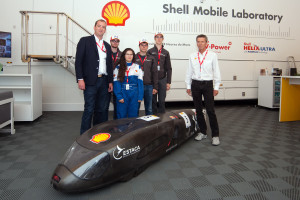 This year marks the 30th anniversary of Shell Eco-marathon Europe, which started in France in 1985.  The global competition challenges students to design, build and drive the most efficient vehicles, pushing the boundaries of energy efficiency and mobility on the road. The Shell Eco-marathon teams’ visit underlined the Le Mans 24 Hours’ status as one of racing’s leading blends of efficiency and speed.
Vincent Beaumesnil, Sporting Director of the Automobile Club de l’Ouest, said: “It is important to everyone at the ACO that the 24 Heures du Mans is an inspiration to the designers of our future technologies. As such we are delighted to welcome the Shell Eco-marathon competitors to Le Mans, in partnership with Shell, to highlight the possibilities for efficient energy consumption that are being developed in our race and theirs.” 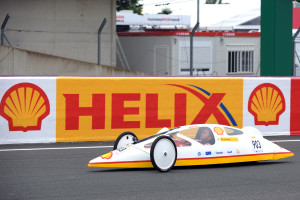 Le Mans competitors Nick Heidfeld and Nicolas Prost from Rebellion Racing checked out the cars and met the student engineers and drivers from teams Microjoule La Joliverie, CityJoule and Estaca. Said Nicolas Prost race driver: “These incredible Shell Eco-marathon cars take the idea of long-distance driving to an entirely different dimension!  It’s impressive and we can only wonder what these young people will go on to achieve in the future.  The parallels with the efficiency improvements we’re striving for in the World Endurance Championship are fascinating.” 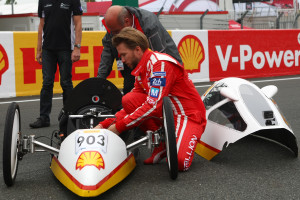 The Microjoule La Joliverie car would use just 1.3 litres of fuel to cover the winning distance of 5165km from last year’s 24 hours of Le Mans – albeit not quite reaching the 330km/h that the LMP1 sports prototype cars will travel this weekend!
Shell is the Official Fuel Partner to the FIA World Endurance Championship, of which the Le Mans 24 Hours is the premier event in the series. Unique Shell V-Power and Shell V-Power Diesel racing fuels have been co-engineered with the competing manufacturers to meet stringent fuel efficiency targets that were set at the beginning of the 2014 season. As the organiser and promoter of the FIA World Endurance Championship and Le Mans 24 Hours, the Automobile Club de l’Ouest (ACO) has worked collaboratively with Shell to create the successful new era of fuel efficiency at Le Mans.