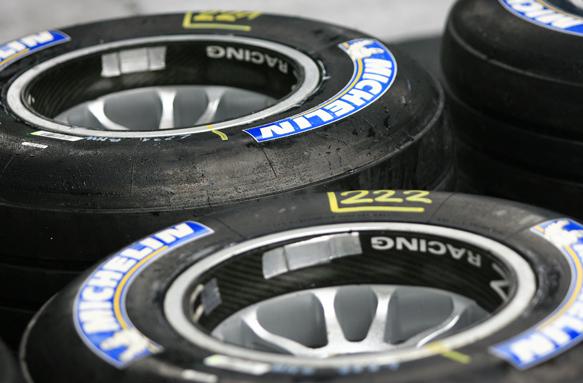 Michelin has submitted a proposal to become Formula 1’s next tyre supplier, AUTOSPORT can confirm. With the FIA’s deadline for the tender process closing on June 17, Michelin and current supplier Pirelli appear set to go head to head for the three-year contract from 2017.

Speaking to AUTOSPORT, Michelin Motorsport director Pascal Couasnon said: “Yes, we have entered. The reasoning is we’ve been proposing ideas, talking about Formula 1 and that we are disappointed, especially where it is today tyre-wise. If we want to be credible and consistent then you cannot complain or comment if you don’t bring solutions. So it has made sense for me to say if we have ideas, then let’s go and propose these ideas, and we’ll see if people are interested or not. At least then nobody can say to us, ‘well guys, you are talking, but you are not acting’. Now, we are acting”.

Couasnon has also confirmed Michelin’s bid is based on using 18-inch rims, as is currently the case with its supply to Formula E, and longer-lasting rubber. “Those proposals remain, more than ever!” insisted Couasnon. “In making a proposal we are trying to change the situation a little. We believe the image of tyres in Formula 1 is not what we would like to do, or makes sense. The tyre used as an object you throw away after a few laps, or whatever, is not really something that is good for the tyre industry. We say there’s another way to ensure a good show, as we saw over the weekend (at Le Mans), with high-technology tyres lasting with good grip, and you can have a show.”

Bernie Ecclestone told AUTOSPORT last month Michelin’s return would be bad for F1. The 84-year-old stated the French manufacturer would “make a rock-hard tyre you could put on in January and take off in December because they don’t want to be in a position where they can be criticised”. Ecclestone has often voiced his support for Pirelli, yet despite the opposition to Michelin, Couasnon said: “Obviously we respect what Bernie wants to do. I also understand people say Pirelli has done a good job, but if I listen to the teams and drivers, not everybody agrees on that. If the request is for more pit stops then there is a way to provoke them, but also with tyres that do not degrade as much. Maybe we need to find a solution that respects some guidelines. What’s important for us is being able to propose some ideas.”

Overall, having been absent from F1 since the end of 2006 as it was unhappy about the move to a single-supplier from 2008, Couasnon feels now is the right time for Michelin to return. “We love the sport, but we believe there is something better than can be done today. We are not saying we are right, but at least we would like to contribute to the sport, and bring a little bit of innovation.”

By July 17 only those candidates whose proposal complies with the FIA’s technical and safety requirements will be put forward for final consideration.