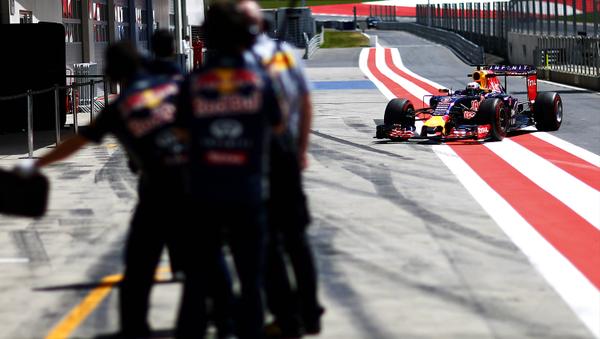 Red Bull has not ruled out quitting formula one. That is the warning of the energy drink company’s Dr Helmut Marko, after mogul Dietrich Mateschitz issued the threat at his own Austrian grand prix recently.

“The decision will be made before the summer break,” Speed Week now quotes Marko as saying. It had been expected that Red Bull would make a declaration about the future last week, after a key development meeting with troubled engine supplier Renault. But “Renault was unable to provide the data because the testing at Viry was not operating for two days because of a problem,” Marko added.

the latest dyno testing, involving developments that at Red Bull’s behest have involved the former Mercedes engine guru Mario Illien. Marko says: “A decision on whether and how we continue in formula one must fall before the summer break. We must have clarity on the direction of the development and what performance is to be expected.”

What is clear is that the Red Bull-Renault relationship remains tense, with Marko admitting: “We don’t need more promises, we want to see results.”