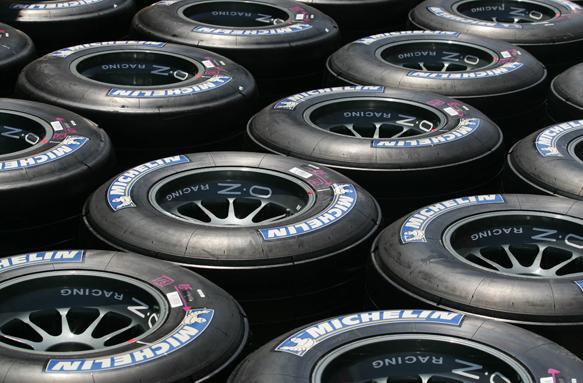 Michelin can inject excitement back into Formula 1 with a focus on performance rather than tyre management, according to motorsport director Pascal Couasnon. The French manufacturer faces a head-to-head clash with Pirelli for F1’s next tyre-supply contract that runs from 2017-19, and Couasnon is convinced Michelin can play its part in helping to spice up the show.

Speaking to AUTOSPORT, Couasnon said: “We love competition, love automotive racing at its best, and like many people are sure Formula 1 can be very exciting. It’s not my role to criticise or to talk about what’s going on at the moment. We simply believe in giving an opportunity to the driver and the engineers of the cars to extract the maximum possibility from each component, and with the driver being a very noble component. To get there you need a very high performance tyre, phenomenal grip, and that’s what excites us. When you see what is going on today in sportscar racing, the great battle we had at Le Mans, where it was pretty much a sprint for 24 hours. It was interesting to listen to Nico Hulkenberg say ‘I was tired’, that the race was a fight for 24 hours, and he could go to the maximum all the time. That makes us happy, and the reason why we develop tyres, so if we could do that in Formula 1 it would be great. Michelin has injected excitement into sportscar racing, so why should we not be able do it in Formula 1?”.

As part of Michelin’s technical proposal to the FIA, Couasnon has confirmed it wants to develop tyres on 18 or 19-inch rims. If the FIA believes it is in the interests of F1 to remain at the current 13-inch, Couasnon concedes that will end Michelin’s interest. “We need more modern sizes with a smaller sidewall which would bring us closer to reality with high-performance or super high-performance cars,” explained Couasnon. “That means, yes, a minimum of 18. If it’s 19, why not? On that we are flexible. Where we have a major issue, and it is a [deal] breaker, is if the sport decides to stay with 13 inch, with a big sidewall. We don’t really see an interest.”

Michelin, however, is ready to fall in line with F1’s plans for a fatter rear tyre from 2017, with the width to expand from the current 375mm to 420mm. “That’s a discussion we can have later,” Couasnon said. “It’s important to first understand what and not how. If the ‘what’ is a faster car, then we know how to go three, four or five seconds faster right away. Our proposal is we want the driver to be tired at the end of a race, so we want to give them good mechanical grip, to be closer to reality so our investment in terms of technology can be useful and transfer from track to street. If it means a wider tyre at the rear, why not”.