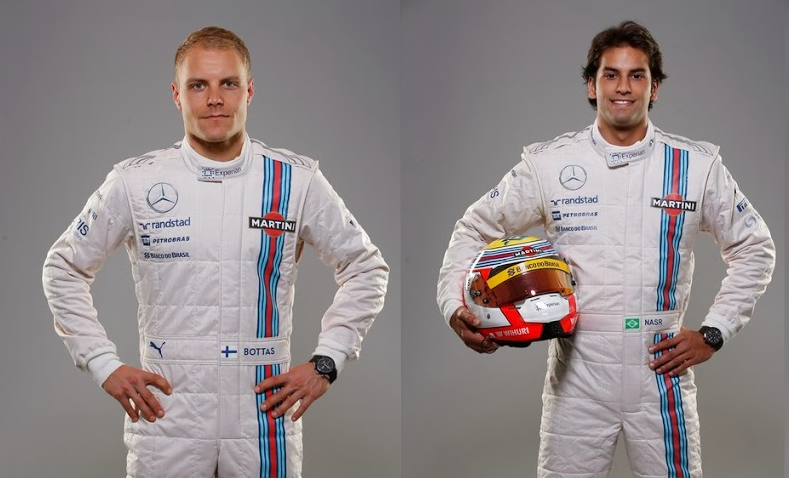 The ‘silly season’ looks set to burst into life and now it’s up to Felipe Nasr. Italy’s Corriere dello Sport on Friday reports that Williams has agreed a EUR 12 million buyout by Ferrari of Valtteri Bottas’ 2016 contract ‘option’. And the Rome-based daily said the man slotting into Bottas’ Williams seat next year will be the British team’s former reserve driver, Felipe Nasr.

Corriere dello Sport predicted Bottas’ move, tipped to be announced officially in early August once the 2016 option on Kimi Raikkonen’s Ferrari deal runs out, will trigger a “domino effect” on the driver market involving “at least four teams”. Brazilian Nasr, who stepped up from the Williams reserve seat to make his grand prix debut with Sauber this year, carries the significant sponsorship of Banco do Brasil. Earlier this week, the 22-year-ol

d had been quoted by Brazil’s UOL Esporte as playing down the rumours of a return to Williams for 2016.

“For my part I have not heard anything yet,” he said. “Of course there are always rumours. But I’m still committed to Sauber, we have a plan to improve the car in 2016, we have a lot of work going on and have hired a new (technical) boss,” Nasr, referring to Mark Smith, added.

But last month, Nasr admitted his frustration with Sauber’s stalled car development in 2015, reportedly calling a recurring brake problem “unacceptable”. When asked by Brazil’s Globo about a potential return to Williams, he answered: “I think it’s too early to talk about it. I am committed to Sauber.” But as for Grove based Williams, Nasr continued: “I had a great year with them in 2014 so I see the door open. Who knows if in the future an opportunity there may arise.”