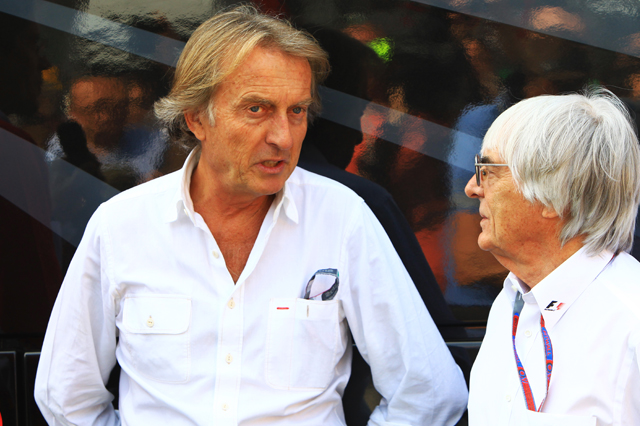 Luca di Montezemolo was in the running to take the top job in formula one, Bernie Ecclestone has revealed. Long-time Ferrari president Montezemolo, 67, left the fabled Maranello marque late last year following a period of conflict with his successor Sergio Marchionne. He now heads Rome’s 2024 Olympic bid as well as the Italian airline Alitalia, but F1 supremo Ecclestone told the Times newspaper that Montezemolo also would have made “a good front man” for formula one.

“The problem would have been that he would have been up front but he is not a day-to-day, hands-on guy,” said the 84-year-old Briton. “He is not going to go through piles of paper. Luca would have taken the first piece of paper and decided it was nothing to do with him. All these things have to be dealt with and I don’t know whether Luca would have wanted to do that,” Ecclestone added.

Montezemolo was, however, drafted onto the F1 board to be next in line as chairman, Ecclestone said, as Peter Brabeck-Letmathe’s health was deteriorating. “Luca was the right man for the job,” Ecclestone said. “He is a good front man for any sport or business. Peter is ok now but Luca could have been the chairman if Peter had stepped down“.