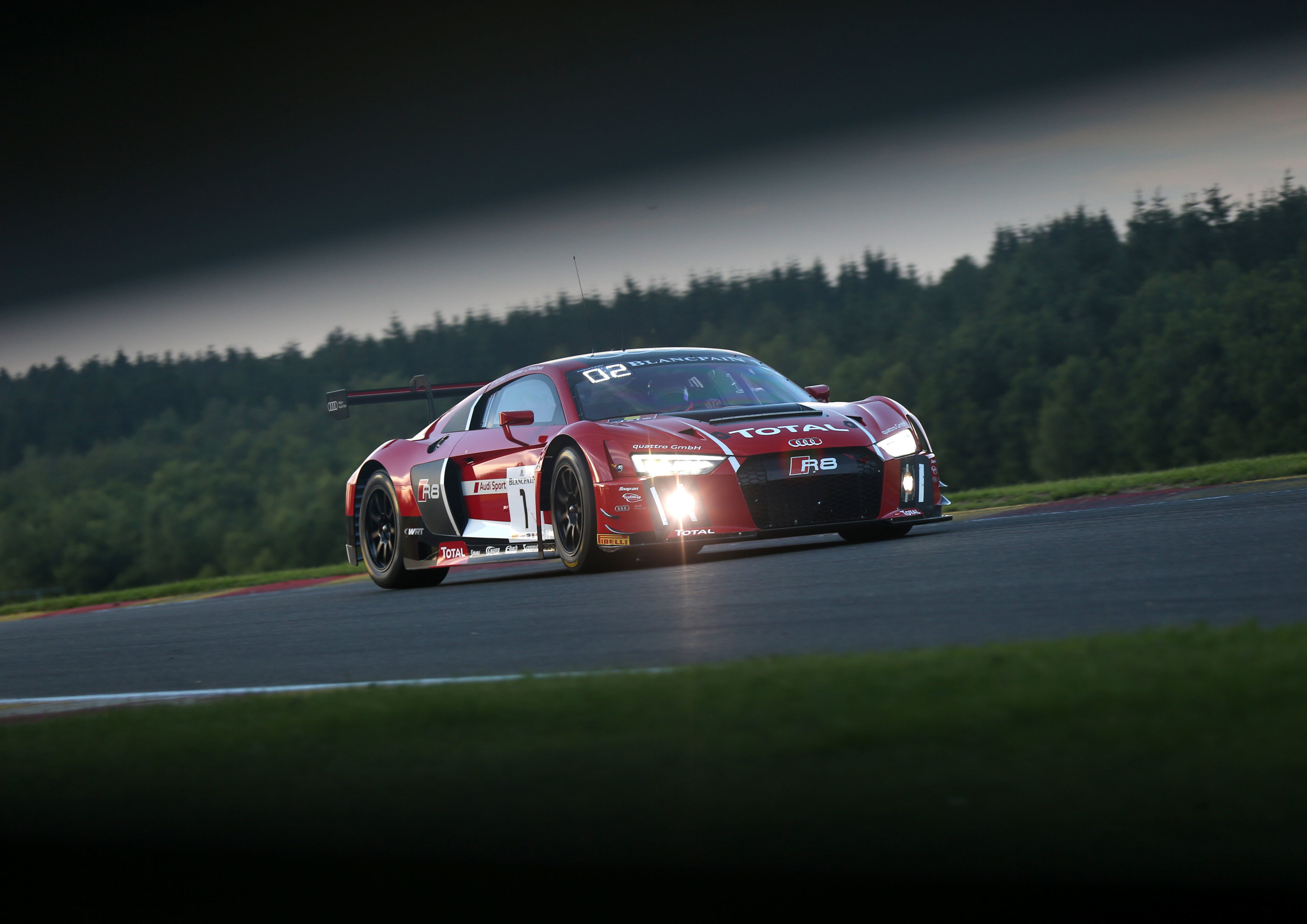 Frank Stippler only needed an advantage of 17 thousandths of a second. This was the margin by which the 40-year-old professional driver from Audi Sport Team WRT secured the best time in the decisive Superpole shootout for the Spa 24 Hours. His team-mate Laurens Vanthoor (B) achieved the sixth-best time.

The crowd at Spa can look forward to a thrilling 24-hour race. The qualifying and the Superpole shootout sessions already showed a highly competitive field. Six of the eleven marques managed the leap into the top ten on the grid, with only 36 hundredths of a second separating this group of front runners.

The teams will be facing the next major task on Saturday. Rainy weather has been forecast, which requires particularly sure instincts for the set-up, tire choice and driving at the limit. The second-best Audi driver in the field was last year’s winner Laurens Vanthoor. In sixth place, he was short by 0.282 seconds of his team-mate Frank Stippler’s result. The two Audi R8 LMS cars of Audi Sport Team Phoenix participated in the Superpole shootout as well. However, André Lotterer (D) in car number ‘6’ did not find a clear lap and had to settle for eleventh place. Nicki Thiim (DK) in the sister car, number ‘5,’ was not happy with the balance of his race car and achieved grid position 16.

In addition, six of the previous generation Audi R8 LMS ultra cars are competing in the Spa 24 Hours. Robin Frijns was the best driver of one of these. The Dutchman achieved position 24 in car number ‘3’ for the Belgian Audi Club Team WRT. In the number ‘35’ Audi of Saintéloc, Edward Sandström (S) took position 28. Frédéric Vervisch (B) in the number ‘75’ ISR Audi, following the night qualifying session, was in 32nd place with his lap time of 2m 19.857s. Pieter Schothorst (NL) trailed him in the number ‘4’ Audi of Team WRT in 36th place. At the same time, the Dutchman achieved 16th place in the Pro-Am category, trailed in 45th position by Team Parker Racing in car number ’24.’ Callum Macleod (GB) completed a lap on the

circuit in 2m 20.921s, which made him the second-best driver in the Am category. Eleventh place in this class went to the Saintéloc Audi number ‘36’ driven by Philippe Haezebrouck (F).

The race will start on Saturday at 16.30. The organizer offers live streaming on www.24hoursofspa.com/live. Eurosport will start its TV coverage at 18.00.