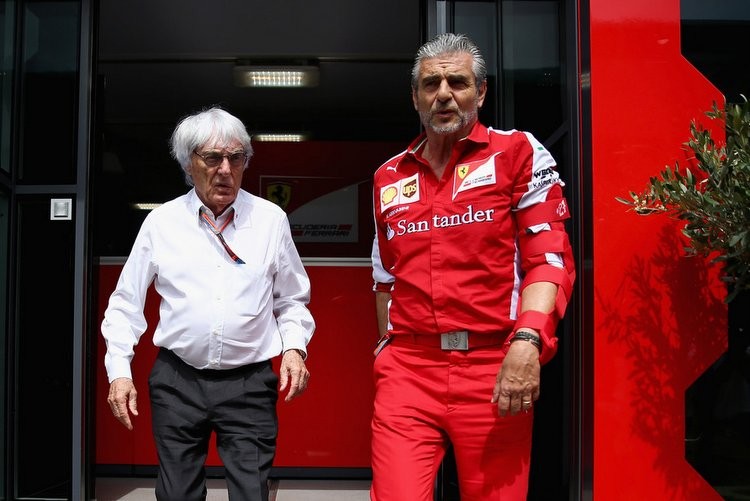 Bernie Ecclestone and Ferrari have denied wild claims the television broadcast of Sunday’s Hungarian grand prix amounted to a ‘boycott’ of the fabled Italian team. The accusation was made by Gianfranco Mazzoni, a commentator for Italian television Rai, who suggested that the Ecclestone-controlled Formula One Management had arranged that images of Sebastian Vettel and Kimi Raikkonen’s cars be kept to a minimum during the race. According to Mazzoni, F1 supremo Ecclestone is having a disagreement with Ferrari team management, led by Maurizio Arrivabene. Mazzoni said the apparent boycott was “shameful” and invited viewers to “Complain to FOM” (Formula One Management) directly.

Arrivabene, however, was quoted by the Roman newspaper Il Fatto Quotidiano as calling the accusation “absurd”. “Let’s stop this nonsense,” the Italian insisted, saying the cameras will have been focusing on the wheel-to-wheel battles through the field even though Vettel was racing towards victory. And Ecclestone added: “I did not notice a boycott of Ferrari. Certainly on my part there was nothing. I will have to calmly look at the recording again.”