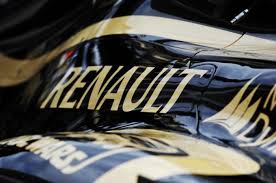 Among Renault’s top brass, it is decision time. That is the claim of the German magazine Auto Motor und Sport, reporting that CEO Carlos Ghosn, Alain Prost and Cyril Abiteboul all met in Paris on Tuesday.

“Renault are close to a decision,” said F1 supremo Bernie Ecclestone. “Formula one is still good for them but they have to decide whether they want to supply engines or go back to running a team,” he told The Times newspaper, as Renault and Lotus now openly admit that talks are taking place. “We want them to stay, obviously, but I think we will know soon what is happening.”

Writing in the Swiss newspaper Blick, veteran correspondent Roger Benoit said that despite rumours to the contrary, Renault is committed to honouring its engine supply contracts with Red Bull and Toro Rosso next year. But it is clear that the relationship between Renault and Red Bull is dysfunctional, and so an agreement to mutually terminate the deal also cannot be ruled out.

“I think if they stay in they need to do the job properly,” team boss Christian Horner told BBC’s Radio 4. “You can’t be half in or half out in F1. They have those decisions to make in the near future and it will be interesting to see what they decide”.