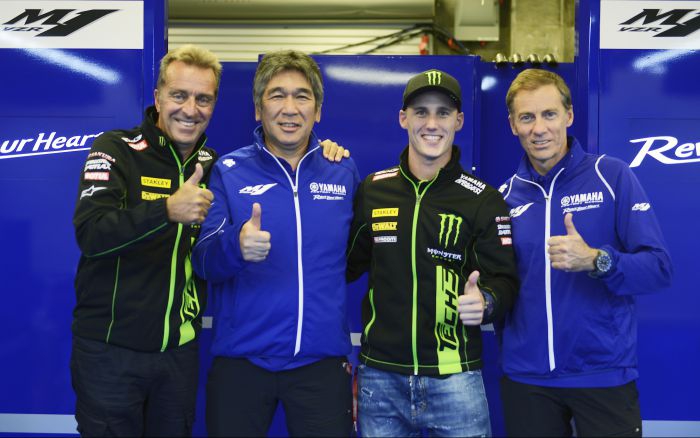 Yamaha Motor Co., Ltd. confirms the extension of its Agreement with MotoGP rider Pol Espargaró for a further 1 year. As a result of this Agreement the 24-year-old will continue his MotoGP career for another year with the Monster Yamaha Tech3 Team aboard the Yamaha YZR-M1. Espargaró joined the Monster Yamaha Tech3 Team for his rookie season in the premier class in 2014, following his championship victory in the Moto2 class the year before. He immediately adapted to the MotoGP class achieving sixth position in the championship to claim the accolade of ’Rookie of the Year‘ as well as ’Top  Satellite MotoGP Rider‘. Espargarò currently stands 9th in the 2015 championship. In addition to the MotoGP program Espargarò recently teamed up with teammate Bradley Smith and Katsuyuki Nakasuga to win the Suzuka 8 Hours Endurance race and give Yamaha its 5th victory in the history of this prestigious event.