Porsche celebrates 30 years of the 959 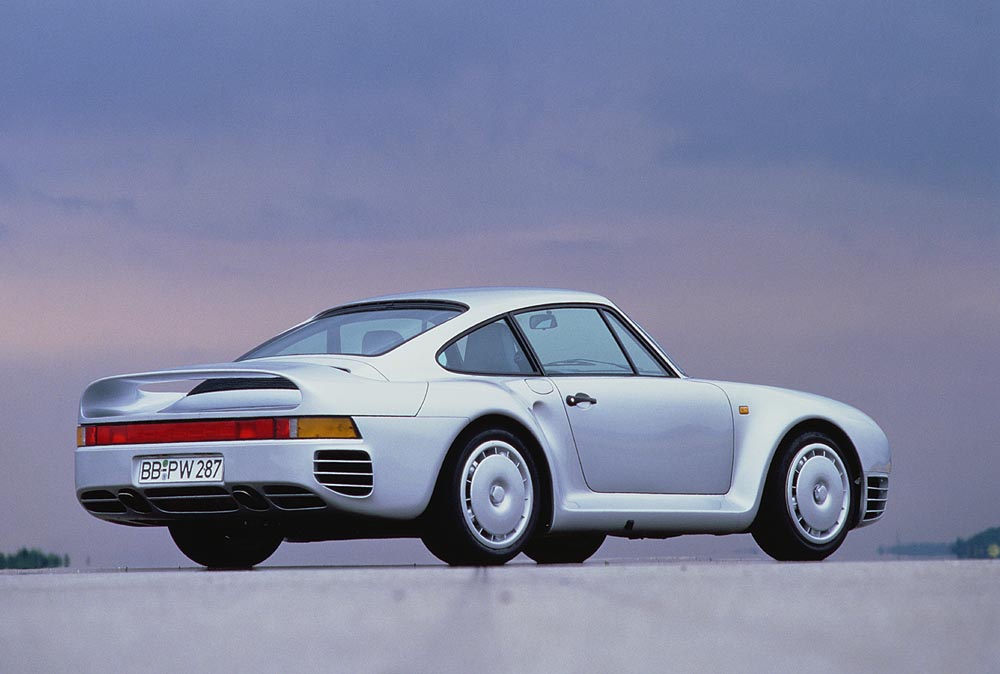 With an exhibition of numerous super sports and race cars, Porsche will be celebrating the 30th birthday of the 959 at the 43rd AvD-Oldtimer Grand Prix (OGP) on the Nürburgring from 7 to 9 August 2015. Among other vehicles, Porsche will be bringing the legendary winning vehicle of the Paris-Dakar rally to the Eifel, flanked by its successors, the Carrera GT and 918 Spyder. Rounding off the appearance will be a 919 Hybrid, which recently secured the 17th overall victory for Porsche at the 24 Hours of Le Mans. Another highlight awaits visitors from 2.00 pm on Saturday 8 August in the Porsche Classic exhibition tent: motor racing legend Jacky Ickx is coming to give an interview followed by an autograph session.

An expert team from Porsche Classic will be offering owners of historic Porsche models assistance on issues of repair and selecting suitable parts. Porsche Classic currently has more than 52,000 original parts and accessories, such as the new Porsche Classic radio navigation system. Specially developed for Porsche, it combines state-of-the-art technology with classic design and fits into all classic models with a 1-DIN slot. Also on display at the Porsche site covering more than 14,000 square metres will be the drivetrain of a recently rediscovered 901 from 1964 and vehicles from the Porsche Museum. Added to this will be exhibits from Porsche Exclusive and Tequipment as well as the event truck from the Porsche Driver’s Selection featuring the current collection.

The 959 embarked on its triumphant procession at rallies and race circuits 30 years ago. The super sports car made its debut as a technology platform and the fastest production car in the world, which was limited to 292 vehicles. Thanks to the innovative sequential turbocharging and intercooling, an in-house development by Porsche, the 2.85-litre six-cylinder boxer engine produced 450 hp. Power transmission was the responsibility of a six-speed gearbox and an electronically controlled trans-axle all-wheel drive, which was tested in the victorious Porsche 953 at the Paris-Dakar rally in 1984. In addition to the rally version of the 959, which won the 1986 Paris-Dakar, Porsche Classic will also be exhibiting one of the street-legal limited production series models. Together with the Carrera GT and the 918 Spyder, the 959 documents how Porsche as maintained the idea of the super sports car as a technology platform up to the present day.