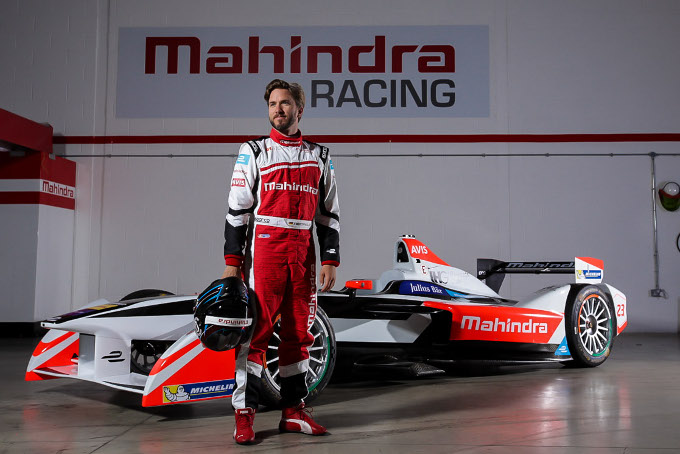 Nick Heidfeld: “I am very excited to join Mahindra Racing for the second Formula E season. Mahindra’s high ambitions are aligned with lessons learned from season one and actions taken for year two. When I tested the M2Electro in Spain, I found a determined team that shares my racing passion. My target is to win and I believe our combined experience and skills will ensure we maximise our chances.”

Mahindra Racing enters the second ever Formula E season as one of eight manufacturers developing its own electric powertrain to power its quartet of cars.

Anand Mahindra, chairman and managing director of the Mahindra Group: “Nick’s appointment marks a new milestone in the journey of the Mahindra Racing team. This year, we race not only under the Mahindra brand but in a Mahindra developed and powered car. This is a significant moment in what is proving to be a global showcase for electric vehicle technology and I look forward to seeing Nick take the wheel of the M2Electro in Beijing.”

Dilbagh Gill, team principal of Mahindra Racing Formula E team: “I am very proud to welcome Nick to the Mahindra Racing family. He brings a wealth of experience to the team and we were impressed with his performances in the inaugural Formula E season. Nick has also been an integral part of testing the M2Electro with our team. Mahindra Racing is targeting top results this season and with over 2,000km of pre-season testing successfully completed, we are confident we are giving Nick the car to do it. We have been particularly

impressed with how quickly he has got up to speed with the technical aspects of the car, as well as the gains we have made in its refinement since he joined us.”

Heidfeld will pilot the M2 Electro at the 2015-2016 Formula E pre-season tests which begin today alongside Bruno Senna.