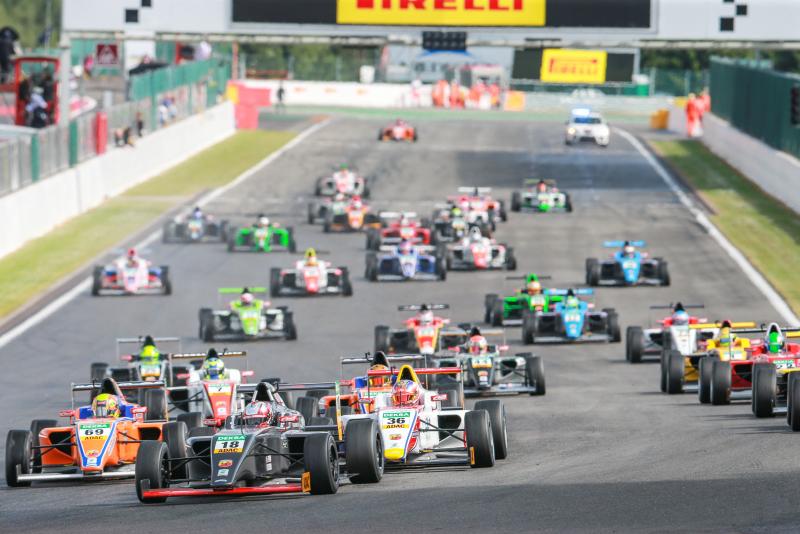 ADAC Formula 4 will commence the second half of its debut season at the Nürburgring next weekend (August 14th-16th, 2015). The thrilling championship battle in the ADAC High-Speed Academy is set to continue at the legendary well-established track. TV partner SPORT1 will again broadcast all three races live on free-to-air TV.

The race weekend in the Eifel will have a special significance for Timo Scheider. 20 years ago at the Nürburgring, he completed his first laps as a budding young Formula driver. Now, the two-time DTM Champion is standing on the other side of the pit wall as principal of his own team. For many years now, Scheider has been helping to foster the talent of the next generation of German drivers, and ADAC Formula 4 provides the perfect platform. Scheider’s outfit certainly won’t have a long way to travel for the fifth race weekend of the 2015 campaign: the team is based in the small town of Polch, just a 30-minute drive from the Nürburgring.

In Joey Mawson (19, AUS), the Dutch team has a major contender for the 2015 ADAC Formula 4 title: the Australian is currently second in the championship standings. His deficit on leader Joel Eriksson (17, SWE, Motopark) is just four points. Mawson almost took the championship lead during the last race weekend at the Lausitzring. Mawson was beaten at the last moment in the final race by eventual winner Marvin Dienst and crossed the finish line in third place.

“Obviously, I wanted to start the summer break as half-time champion,” said Mawson, “But I’ve secured a lot of points in a short time. I’m now even more motivated to launch the next attack on the lead. I intend to take advantage of the very next opportunity in the three races at the Nürburgring. The title fight will certainly be an exciting affair.”