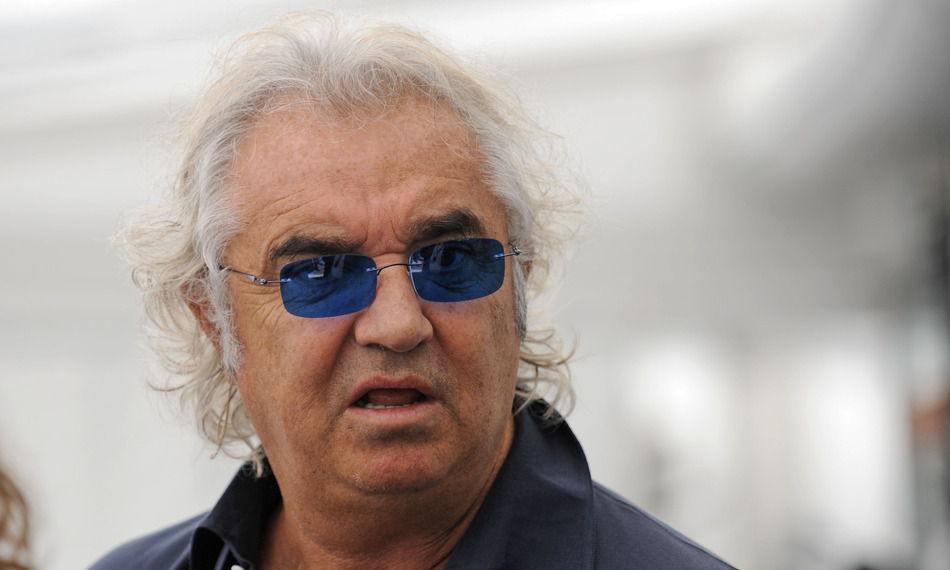 Flavio Briatore has backed Pirelli in its spat with Ferrari’s Sebastian Vettel. In the wake of Vettel’s expletive-filled rant following his tyre blowout at Spa-Francorchamps, the Italian newspaper La Gazzetta dello Sport wondered if the German driver was also angry at his team for trying the risky strategy. “Just to make things clear,” Vettel said in an ultra-rare personal statement on his official website this week. “The team and I decided our strategy for the race together. I support the team and the team supports me. And this is what makes us a team. Our strategy was never risky, at any point. The team is not to blame,” he insisted.

Vettel’s statement makes clear he is still angry at Pirelli, while the same can no longer be said of Nico Rosberg, who also suffered a high-speed blowout last weekend and was critical. “I know how Sebastian felt when first his tyre and then his temper burst,” Mercedes’ Rosberg wrote in his column for Bild newspaper. “With us drivers, the emotions can run high and this is quite normal. We have family and friends back home. We are under constant pressure to deliver our maximum.”

Former Renault team boss Flavio Briatore, meanwhile, has sided strongly with Pirelli in the wake of Vettel’s outburst. The Italian says Ferrari was to blame for the blowout. “Look, it’s simple,” Briatore is quoted by Italy’s La Repubblica. “Before the race you get an indication of how many pitstops you have to do, and you have to follow those indications. Tyres are a critical component of the sport, and so if you are told that you should do two or maybe three pitstops, then you choose to do just one stop only at your own risk. You might be ok, but if not, then you cannot blame the manufacturer,” he insisted.

Briatore, however, is not overly critical of Vettel or Ferrari, as he says “all this fuss” in the wake of the Belgian grand prix “is good for F1. At least the media is talking about it. If not, I would only be here saying for the two hundredth time that Hamilton won,” he added. Similarly, former two-time world champion Mika Hakkinen agrees with Briatore that Vettel’s one-stop strategy might be considered too risky at Spa.

“At Spa, for example in Eau Rouge, a huge amount of downforce is pressing down on the car and over the kerbs,” he is quoted by Finland’s Ilta Sanomat newspaper. “The teams try to analyse how long the tyres can last, and you should not take too many risks,” added Hakkinen.