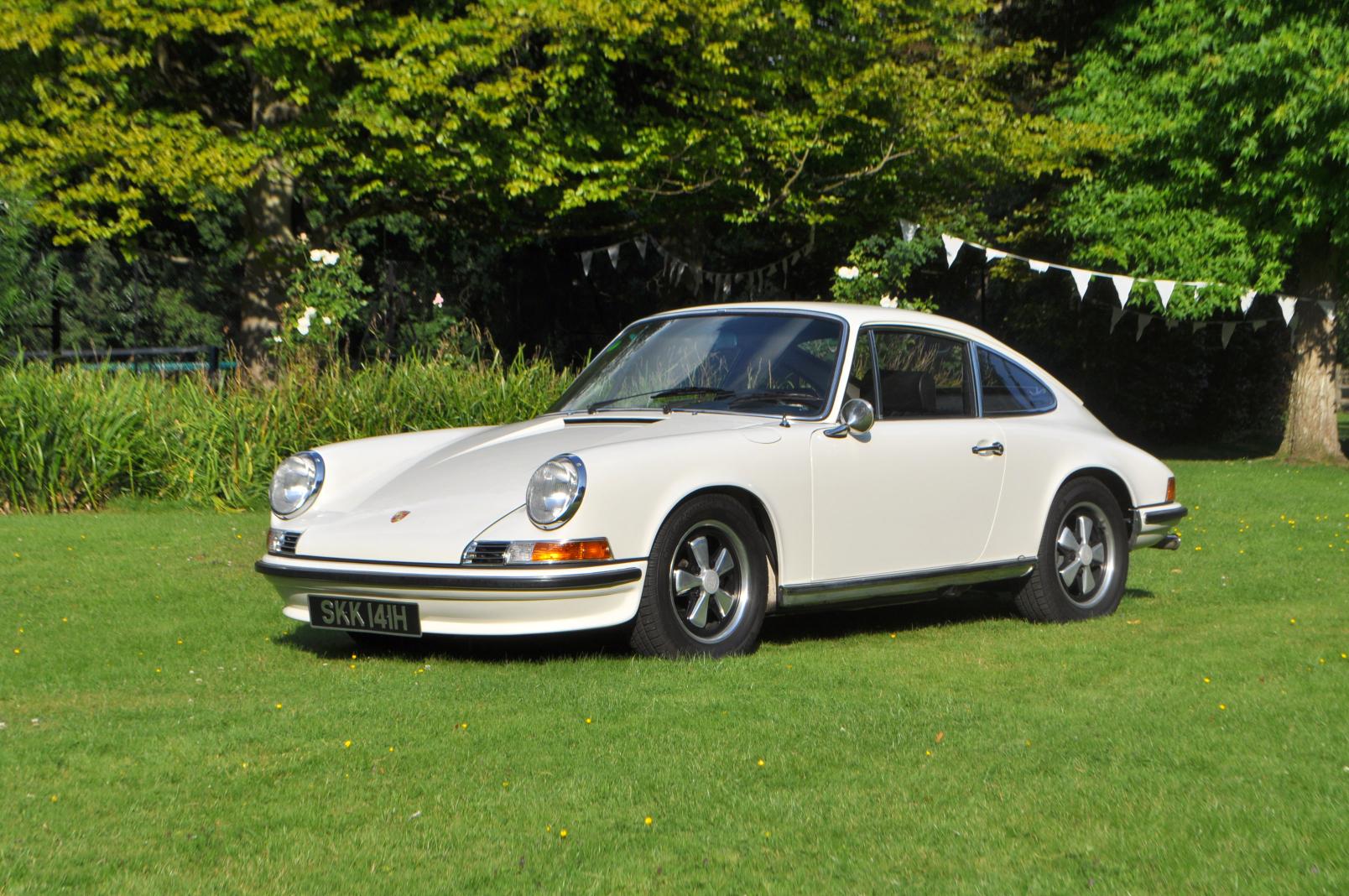 The world’s most exclusive Porsche auction will be held by international auctioneers Coys on Sunday 6th September during the famous Porsche Classics at the Castle event in the grounds of the Hedingham Castle in Essex, United Kingdom. In the year of the 60th anniversary of the very first production 356 Carrera the auctioneers have lined up a selection of 60 of the finest and most rare examples of the Stuttgart manufacturer, from the well-loved tractors through to the state of the art Carrera GT supercar, with particular attention on the classic and pure pre-1974 cars.

Amongst the pre-1974 cars, Porsche connoisseurs will find a 1970 Porsche 911S factory car known as the The Vic Elford “Quick Vics” 911S. Born in London, Vic Elford was one of the fastest drivers of the sixties and seventies and became a Porsche legend nicknamed “Quick Vic”. This car was assigned to him by Porsche KG Stuttgard as his daily company car. With remarkable documented history, it is one of the most exciting and interesting examples available on the market today.