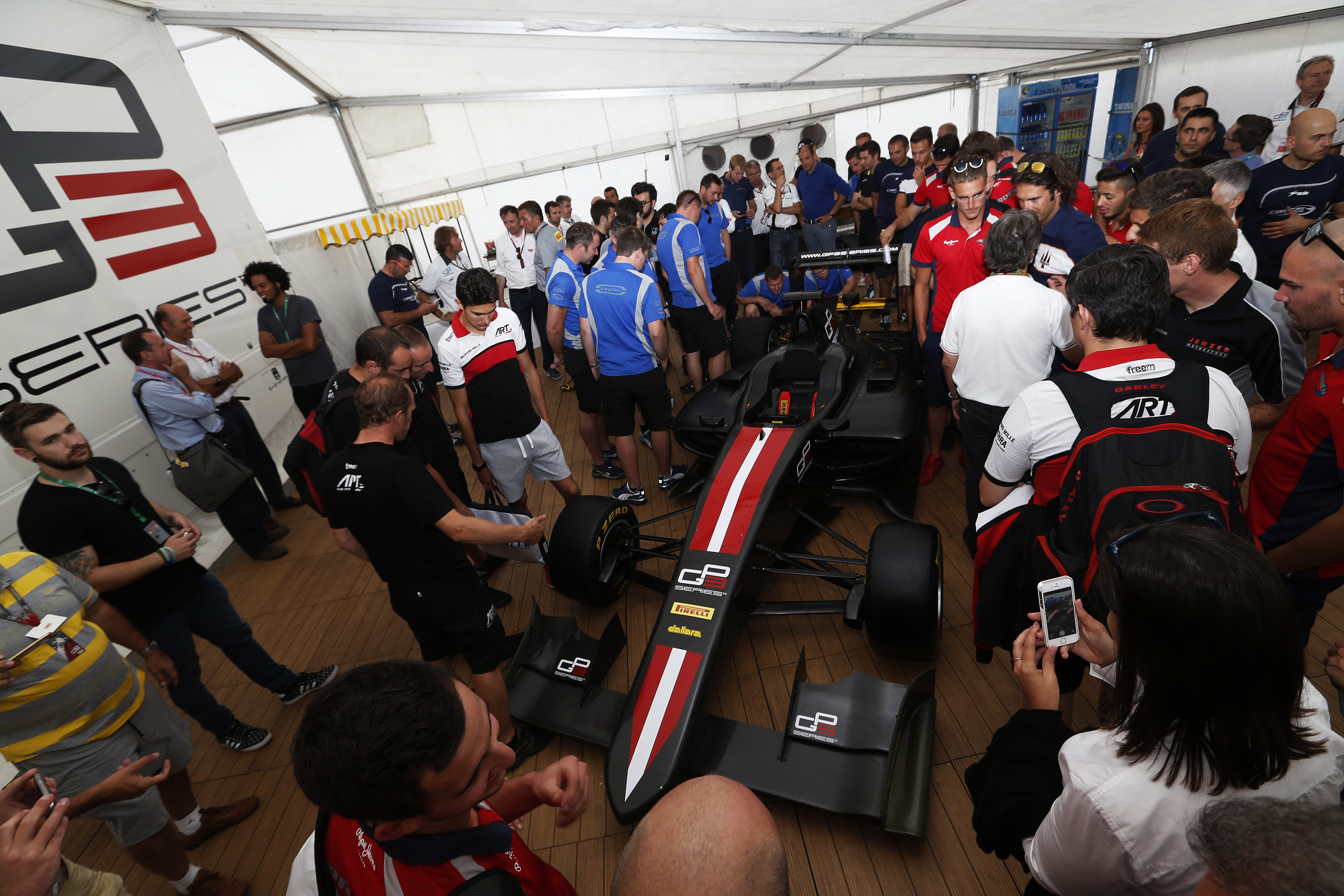 The new GP3/16 was revealed to the world’s media in Monza today when the third generation car was unveiled in the GP3 paddock ahead of the sixth round of the 2015 season.

The GP3/16 features a brand new Mecachrome race engine which is a bespoke design for the Series. It is a V6 3.4 litre which is naturally aspirated with 400 HP. Moreover, the third generation car has new aerodynamics to facilitate overtaking and it also enjoys a newly designed monocoque to help accommodate taller drivers. A revised nose is one of the key visual changes to the new machine. The modifications will raise the expectations of the Series and improve on an already highly competitive racing show. In addition to these changes, the front and rear impact structures have been designed to match the latest Formula 1 2015 safety standards in order to improve further on safety grounds. The GP3/16 has undergone five days of development testing to date; firstly at the Magny-Cours track in France and then followed by the Circuit de Catalunya in Barcelona. The teams will receive the delivery of the new car in early 2016.

GP3 Series CEO Bruno Michel said: “I am very pleased with this new generation car. The first two generations have reached expectations in preparing young drivers for the next steps: GP2 and F1. There were three key areas we focused on during the design phase of our new car. Firstly, we have designed a car that will encourage overtaking thanks to new aerodynamics which will enhance the racing and provide even more entertainment. Moreover, we have worked on finding solutions to limit operational costs, again in order to provide an attractive package to our teams. Finally, the GP3/16 car matches the latest F1 safety standards which is something we’re always highly focused on. We’re convinced that the way we’ve positioned the GP3/16 is the right one for the next three seasons and will continue to attract drivers and teams whose ambition is to reach the pinnacle of motorsport.”

Reigning GP3 Series Champion Alex Lynn commented: “I think it looks very aggressive. It’s up to current Formula 1 aesthetics which is very positive. It looks like a very pretty car and it should be good to watch on track. I have to say I thought the last GP3 chassis I was in was the best one so far for being a taller driver. It’s certainly a good thing if we can get the taller drivers lower into the car and accommodate them even better. GP3 is a great Series to progress to GP2 and beyond. It has produced drivers who have reached Formula 1 so it’s clearly working. I would love to drive the GP3/16 car if there was ever an opportunity.”
Redazione MotoriNoLimits