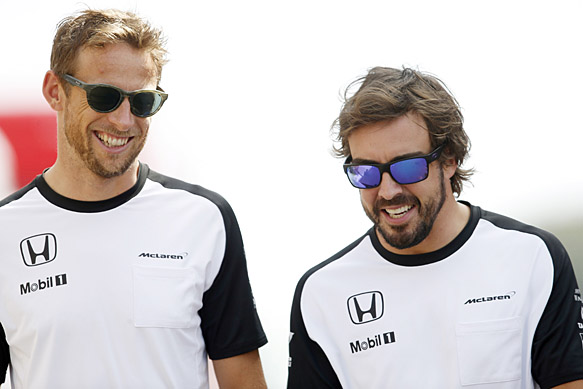 Fernando Alonso has not ruled out quitting formula one in order to chase his dream of winning more championships. Still involved in the Spaniard’s management, Flavio Briatore said this week that “no one imagined” the new

McLaren-Honda project would be the “disaster” it has been in 2015. But the Italian is sure: “In 2016 they will be fighting for podiums.” If not, and Alonso “cannot get a winning car in formula one, he will find it somewhere else“, Briatore warned.

Fascinatingly, as teammate and fellow former champion Jenson Button is also contemplating his future, Alonso has now repeated Briatore’s view that quitting F1 could be a possibility. “I hope I can be world champion again,” Alo

nso is quoted by El Confidencial newspaper, having pointed out that a decade has now passed since he won his first of two F1 titles. “It seems that more years than that have passed – it feels like 20 years. So if I cannot do it here, there are other categories to be world champion as well,” said Alonso, who has admitted his desire to race at Le Mans. “I still have a few years in front of me,” he added.

When asked about 34-year-old Alonso’s predicament as one of the most talented drivers in F1 but stuck in a sluggish car for now, Button told Spain’s AS at Suzuka: “He‘s in a similar position to me. He has some time to go on his contract, like me, but I think there comes a time when a driver must choose whether he thinks it will happen or not at his team. I can see that he still believes it will happen in his time in this sport and I hope he gets it. He deserves it“.