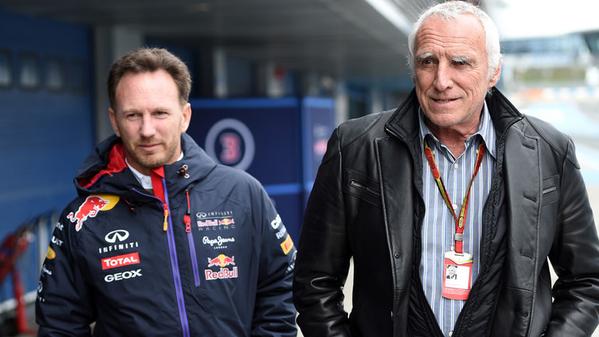 Dietrich Mateschitz, the owner of Red Bull and Toro Rosso, has repeatedly warned throughout 2015 he is prepared to withdraw both of his teams from F1 at the end of the year unless they had access to a “competitive” supply of engines. If only they could be that choosy. At the present time, they don’t have an engine deal of any sort for next season and options are in equally short supply after Ferrari joined Mercedes in refusing to bail out their rivals. Divorce papers have been served on Renault while Honda will only supply McLaren next year.

Mateschitz has a disconcerting history of walking away from motorsport pursuits when he loses interest and as a pointed editorial from the Speedweek publication which Red Bull own noted this week, the group merely regard F1 as a ‘vehicle for global image advertising‘. And at the moment, it’s just not working for them.

Throughout the evolving saga of Red Bull’s 2016 power cut there has been a sense – perhaps complacently – that sooner rather than later the F1 supremo would ride to the rescue, bang a few heads together, and deliver a solution. Red Bull’s exit from the sport would, after all, be a disaster for the sport. But it seems that even Bernie Ecclestone is currently powerless to prevent the escalating drama turning into a genuine crisis. “I can’t make these people do something,” Ecclestone told reporters in Sochi with apparent exasperation on Thursday. “There is only so much I can do – I don’t make engines.”

Ecclestone was spotted in earnest talks with the hierarchy of both Ferrari and Mercedes during Friday practice in Russia, but neither team appears in any mood to budge – and even Bernie’s legendary powers of persuasion may not be sufficient on this occasion.

Ferrari may not be willing to supply Red Bull with exactly the same specification engine as the works team, but there are suggestions in Sochi that a compromise could still be reached. One potential solution is for Red Bull to accept a deal whereby they are given an engine which is one development step – or more – behind the works Ferrari. However, given the potential for all manufacturers to make performance improvements over the winter, would even an end-of-2015-spec Ferrari engine classify as the “competitive” package Mateschitz has made clear Red Bull need to continue into 2016?

It’s understood Red Bull returned to Mercedes with a fresh request for engines last week but were flatly turned down again. The prospect of Mercedes, who formally turned down Red Bull’s bail-out plea a month ago after first being approached at the British GP in July, having second thoughts on forming a partnership with the former world champions was made all the more unlikely, however, by the claim and counter-claim about why the prospective deal had floundered in mid-July.

According to Mercedes, Red Bull failed to ‘follow through’ on their initial interest. According to Red Bull, Toto Wolff was never keen on the idea of arming such a formidable team with an equally-formidable engine. The unsurprising upshot, according to Martin Brundle, was “an absolute no” when Red Bull called again last week.

It’s worth remembering that Red Bull did actually have an engine contract in place for 2016, with Renault, their current suppliers – and may still do. Although it’s known that divorce papers have been served as long ago as July’s Hungarian GP, public confirmation of a split has not been forthcoming. Bad blood has grown intolerably between the two sides over the last two seasons, with Red Bull’s management becoming disenchanted with the direction of the French manufacturer’s engine project, but a reconciliation may now be the team’s best prospect of staying in F1.

If the VW Group were ever really interested in joining forces with Red Bull at some stage in the future, then the emissions scandal which has engulfed the company – and claimed the president, Martin Winterkorn, who was reportedly ready to give the green light to F1 – appears to have firmly put paid to any short-term ambitions.