Mercedes: a Sochi festa a metà 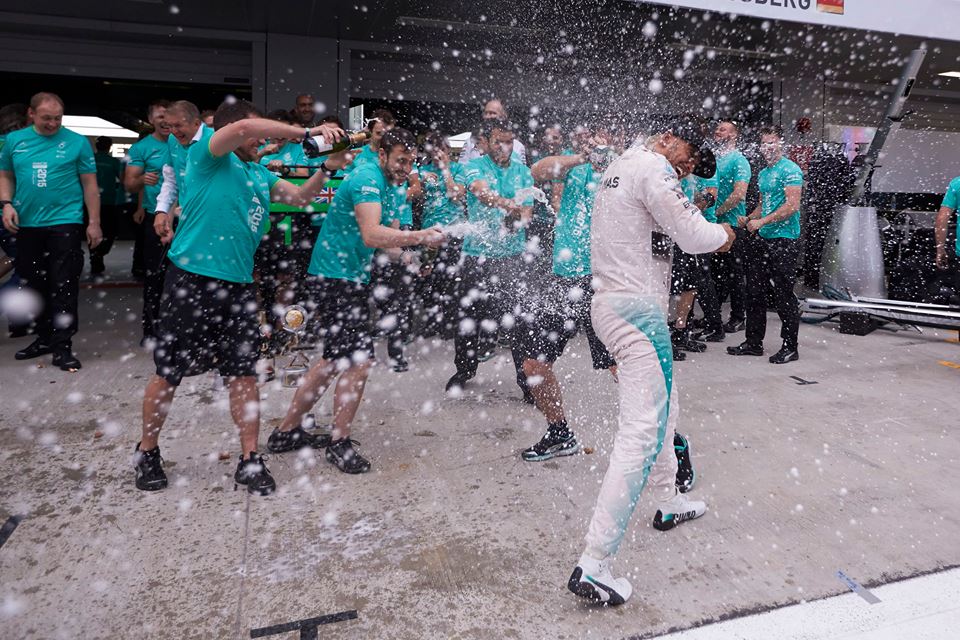 With the late announcement of Kimi Raikkonen’s penalty at Sochi, Mercedes began to celebrate long after the chequered flag. The stewards’ call, after deliberating over Raikkonen’s last lap crash into Valtteri Bottas, gave Mercedes enough

extra points to mathematically clinch the constructors’ world championship for the second consecutive time. But the celebrations were not quite as Mercedes had envisaged. That was partly due to the fact that pole sitter Nico Rosberg‘s shot at chasing down teammate Lewis Hamilton for the drivers’ title was left in tatters by a throttle breakage. The German was gutted. “I get the feeling that this is just not my year, and just at the point where I really need to attack,” he said. Rosberg, however, is refusing to give up. “I’m very disappointed and I can’t really enjoy yet that we have become constructors’ champions. It’s just not the best moment for me and also because it (the team title) happened with the Raikkonen penalty. But tomorrow the world will look different again, I will see my family, forget the disappointment and look ahead to trying to win in Texas.”

But even team boss Toto Wolff had to concede at Sochi that Rosberg’s title chances look all but lost now, as Hamilton will get his first ‘match point’ in Austin. “I don’t agree (with Wolff),” Rosberg insists. “I’m not thinking about 2016 yet at all. I want to win all four (remaining) races.”

Indeed, Mercedes’ championship celebrations were somewhat restrained late in Sochi, as the big-wigs Wolff and Niki Lauda were no longer even in the paddock. Referring to the long wait for the stewards’ call over Raikkonen’s penalty, Wolff told Bild newspaper: “When you fly with Niki, unfortunately there are no delays! But we will celebrate with the whole team on Monday here in the factory.”