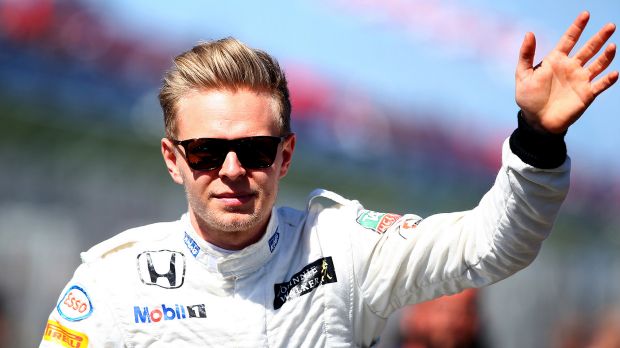 McLaren will not be renewing the contract of Formula 1 reserve driver Kevin Magnussen at the end of this season, Autosport understands. After two years as part of McLaren’s F1 outfit, including a full-time race seat in 2014, Magnussen will part company with the team after the final race of the campaign in Abu Dhabi, leaving the 23-year-old now with limited opportunities to bag a drive for next season. New GP2 champion Stoffel Vandoorne is set to take on the role of reserve to Jenson Button and Fernando Alonso for 2016.

Only last month racing director Eric Boullier confirmed McLaren would not stand in the way of Magnussen securing another drive elsewhere. Magnussen had recently been linked with a move to newcomer Haas, only for the team to sign Romain Grosjean, while Esteban Gutierrez is due to be confirmed as the second driver at some stage in the build up to the Mexican Grand Prix.

Autosport understands Magnussen is one of three names on the shortlist for the second Lotus seat alongside Pastor Maldonado, with Jean-Eric Vergne and the team’s reserve Jolyon Palmer also in the frame. Magnussen is also believed to be in the running for a Manor drive, with Mercedes reserve Pascal Wehrlein and current Manor drivers Will Stevens and Alexander Rossi still in the mix too. The team, however, will not be making any announcement on its line-up until after the season has concluded. Earlier this week veteran Button confidently vouched for the credentials of Magnussen.

Speaking to Danish newspaper BT, Button said: “The Kevin I saw at the start of 2014 was a very different guy from the one I saw towards the end of our campaign together. He learned so much over the 12 months we spent working together, and he often pushed me to my limits, and even over my limits on many occasions. I don’t know whether or not he’s got a chance of bagging any of the remaining vacant Formula 1 seats, but he’s clearly the best driver available, and I’d therefore very much recommend him to any team that has a vacancy. He’s good enough not only to race in Formula 1, but also to help a team succeed in F1.”