Sviluppo in-season per i motori nel 2016 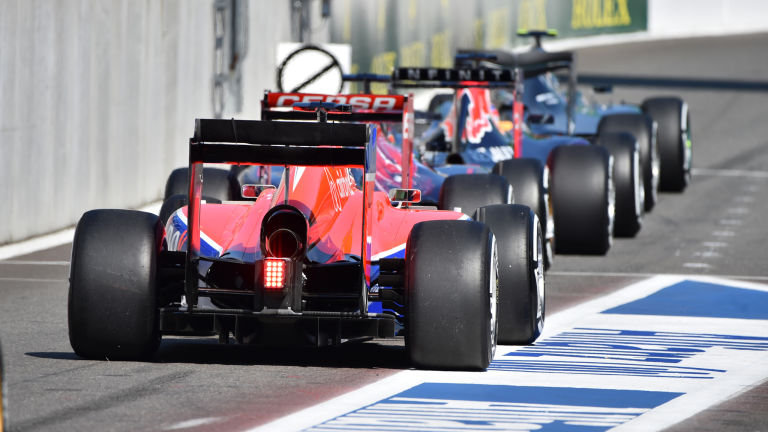 Formula 1’s engine manufacturers and the FIA have agreed to allow in-season development for 2016, Autosport has learned. Under the present regulations the amount of tokens available for development was due to decrease from the 32 available this year to 25 for next season. The systems were set for homologation by the end of February, while the FIA was also due to impose a block on teams using a year-old spec of engine.

Following a meeting in Geneva involving the heads of Mercedes, Ferrari, Renault and Honda, along with senior representatives from the FIA – including president Jean Todt – unanimously agreed not to tighten the regulations. The amount of tokens available will remain at 32, with the areas that were due to be blocked off for development – upper/lower crankcase, valve drive, part of the crankshaft, air-valve system and ancillaries drive – remaining open. This decision is crucial for the likes of Honda and Renault given the struggles they have faced.

It means neither has to rush to develop its engine over the next four and a half months, and they will now be able to work on future problems during the season, rather than being unable to play catch up. The aim of the Geneva meeting was to ascertain a more level playing field for the four power unit manufacturers for 2016, but also the longer term.

Todt is understood to have played a pro-active role in what has been described as highly positive and constructive proceedings. The rule regarding manufacturers no longer being able to supply older engines, as Manor has done this year with a 2014 system supplied by Ferrari, has also been dropped. This will allow Toro Rosso to run a 2015-spec Ferrari engine for next season, reviving the 2007-2013 partnership.

All the proposals have to be agreed upon by the F1 Commission, which are expected to be a formality, before being rubber stamped by the World Motor Sport Council at its final meeting of the year in early December. Autosport has also learned there will be no alternative engine in the near future. F1 supremo Bernie Ecclestone was rumoured to be considering options to the current 1.6-litre V6 turbo-charged hybrid systems, such as a 3.5-litre twin-turbo V6 or a pre-2014 V8. But despite it being recognised sustainability is key to the future of the smaller teams, and a standardised customer engine could be a way forward, that idea has been comprehensively rejected.