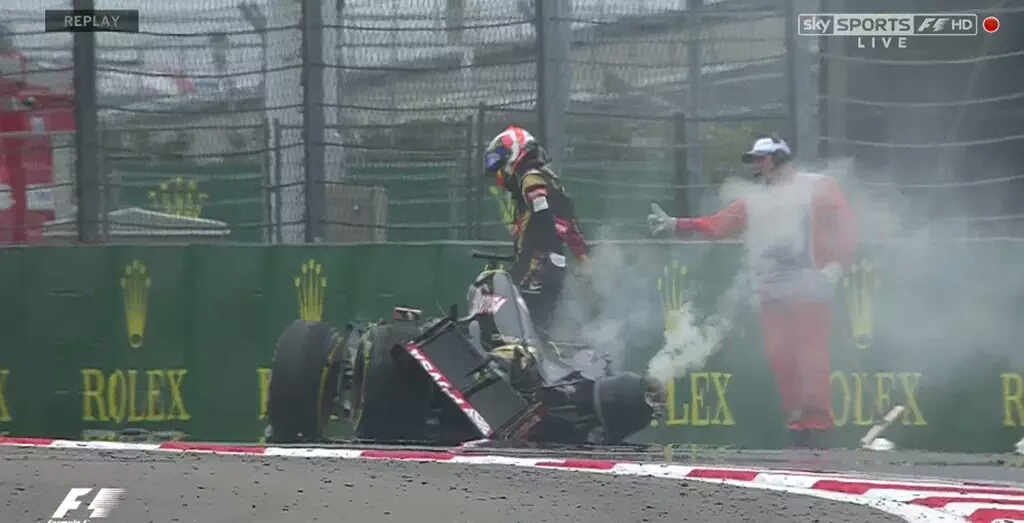 Lotus driver Romain Grosjean has revealed that the impact of his crash during last weekend’s Russian Grand Prix broke the seat of his E23 Hybrid. Grosjean was following Jenson Button at Turn 3 when he lost control of his car and speared into the wall on the outside of the corner, causing substantial damage to his car.

“I’m feeling pretty good, especially considering the force of the impact: I broke my seat,” Grosjean explained. “It was my biggest impact for quite a while and when I knew I was going to hit the wall I took my hands off the wheel, closed my eyes and braced myself. It’s a testament to all the safety inherent in the car and the other safety devices. Also a big thank you to my crew who had to pick up the pieces and put the car back together.”

Technical Director Nick Chester has ruled out a mechanical failure as the cause of the crash. “There is no indication in the data and in the parts that anything broke and subsequently caused the accident,” he said.”It isn’t easy to draw conclusions in any accident investigation but it looks like Romain was maybe a little bit close to the McLaren and lost some downforce, running out of grip effectively. There is nothing that we can see that makes it a car failure.”