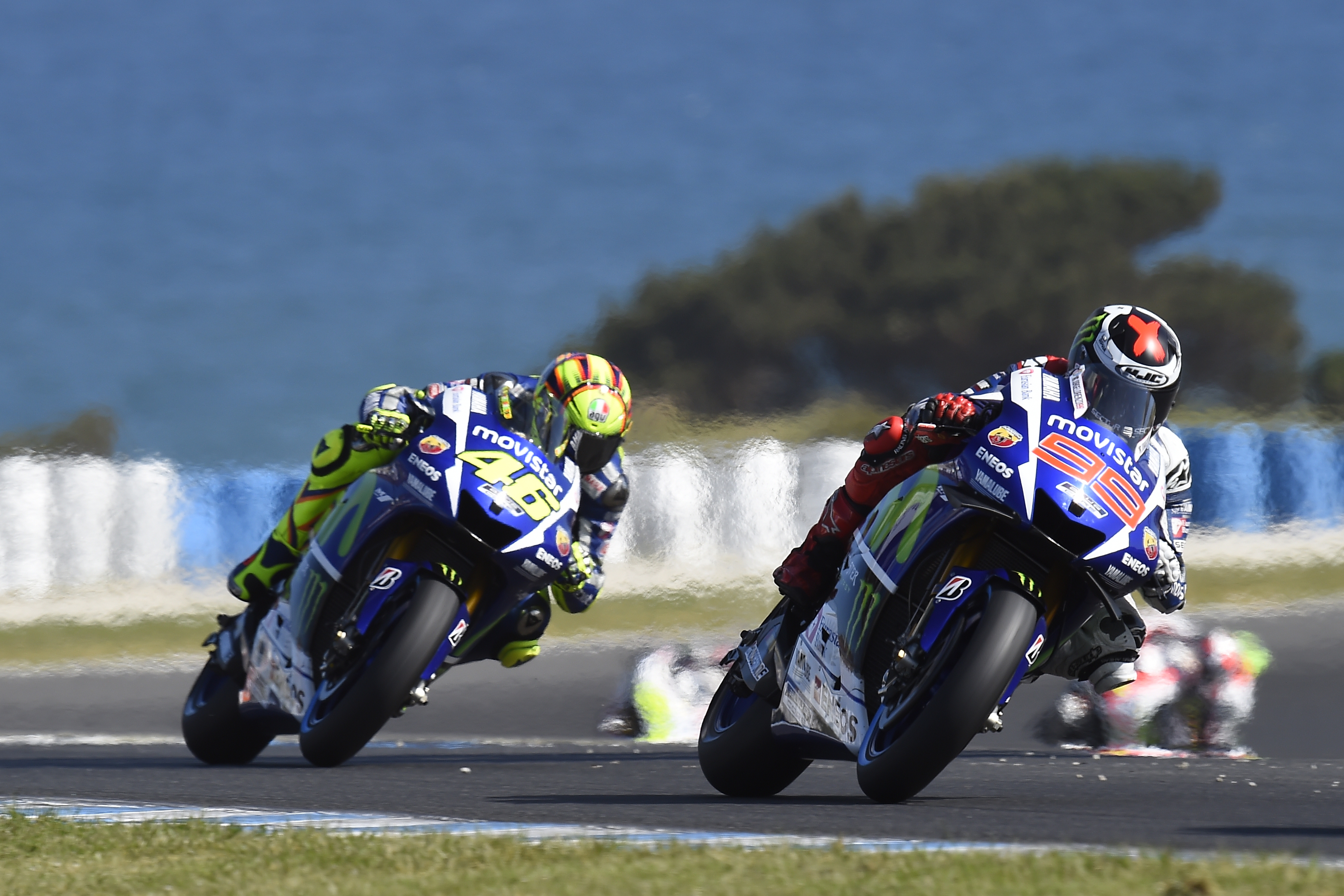 Movistar Yamaha MotoGP rider Jorge Lorenzo put in a superb performance at the Grand Prix of Australia in Phillip Island, taking 2nd place to deliver Yamaha the 2015 MotoGP Manufacturers’ title. For the Constructors‘ Title, only the highest placed motorcycle of a given constructor will gain points, according to the position in the race. So far this year Yamaha collected 362 points thanks to a total of six wins and two second places by Jorge Lorenzo; four wins, one second place and two third places by Valentino R

ossi; and one second place by Monster Yamaha Tech 3‘s Bradley Smith in Misano. These impressive results saw Yamaha take the Manufacturers‘ Title in Yamaha Motor Co., Ltd.‘s 60th anniversary year, adding to the Japanese constructor‘s extensive list of milestones in the history of MotoGP, which dates back to 1949 when the first Grand Prix race was held.

Fifteen years later Yamaha won its first Manufacturers‘ World title in the 250cc class, marking the start of Yamaha‘s legacy. In total, the company has won 37 Constructors’ World titles (5xMotoGP; 9x500cc; 14x250cc; 4x125cc; 5x350cc), including the one in 2015. This year‘s victory has Yamaha tied with MV Augusta for second place in the rankings of most successful manufacturer ever over all classes, and there are more reasons for ’team blue‘ to be cheerful.

Not only has the Movistar Yamaha MotoGP team already taken the 2015 MotoGP Team Title three weeks ago in Aragón, securing Yamaha its sixth Team Title, but their riders are also the only participants still in contention for the 2015 MotoGP Rider Title. The last time Yamaha won the Rider Title in the MotoGP class was in 2012 with Jorge Lorenzo, who also scored the title in 2010. He brought Yamaha‘s premier class rider

With the certainty that either Rossi or Lorenzo will wrap up the coveted Triple Crown in one of the final two races in Sepang (Malaysia) and Valencia (Spain), Yamaha is looking forward to a lively end to the season. By the end of the year Yamaha will have won the MotoGP Triple Crown five times since the team category was added in 2002, in addition to being the only manufacturer to have secured the Triple Crown three times in a row when Yamaha reigned supreme over the premier class from 2008 to 2010.