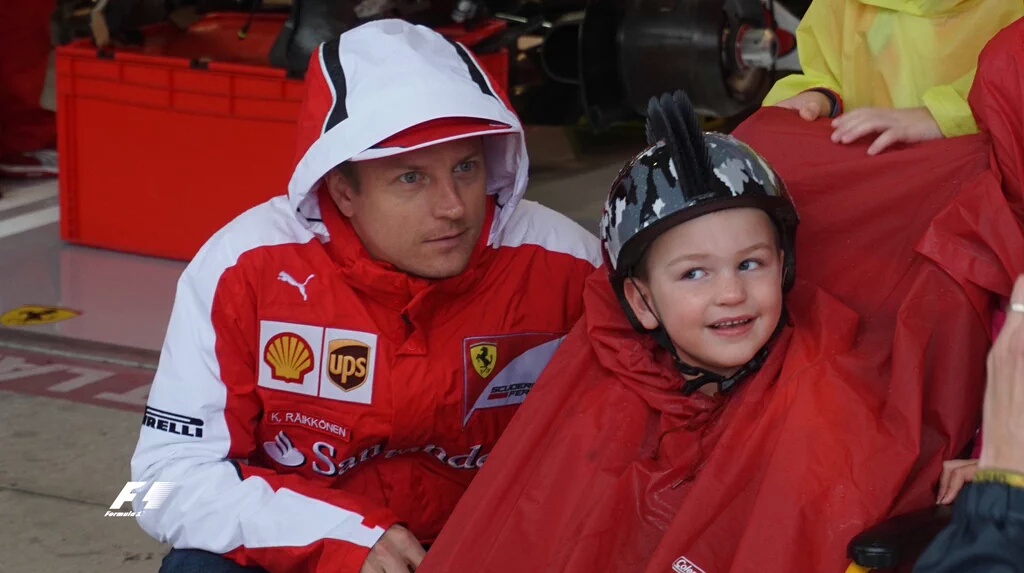 Kimi Raikkonen has admitted he had no interest in joining the “circus” that became the unusual television spectacle of qualifying in Austin.

With the session lasting a marathon 3 hours amid rain delays that ultimately resulted in cancellation, bored residents of the pitlane tried their best to entertain the soaking crowd in other ways. Mechanics raced makeshift ‘boats’, the Red Bull duo danced, Nico Rosberg kicked a football with a live TV cameraman, and Toro Rosso ‘dads’ Jos Verstappen and Carlos Sainz climbed into their son’s cars wearing full regalia. Notably, the time-filling fun seemed lacking from those wearing red. Asked why he wasn’t interested in the shenanigans, Kimi Raikkonen told Turun Sanomat newspaper: “Do you want a truthful answer? This is F1, not a circus. People come to see driving, and I think that’s all we can do. This (rain delays) sometimes just happens. It doesn’t bother me as everyone can do what he wants. But this is my choice. As I said, we are not in the circus“.

Ferrari boss Maurizio Arrivabene backed the attitude of his driver. “We are in F1, not Cirque du Soleil. We did not do the same ‘show’ but I can tell you that on Saturday we brought disabled children in wheelchairs into our garage. It didn’t show on the TV but we at least gave them something special“.