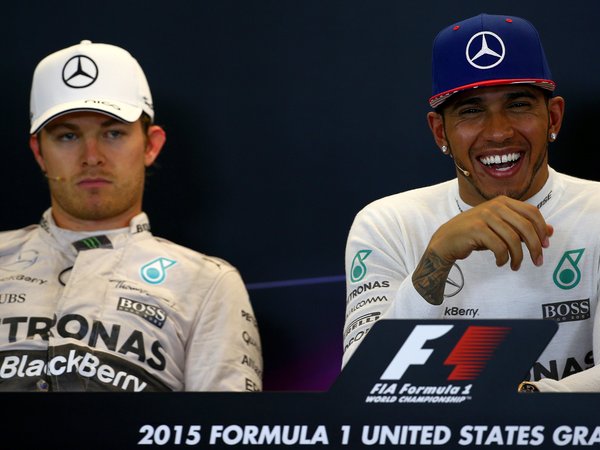 Nico Rosberg has defended his behaviour in the immediate aftermath of the US grand prix. The German has been widely called a ‘bad loser‘ for hauling a cap at his teammate and refusing to spray champagne on the podium, after Lewis Hamilton secured his third drivers’ world championship in Austin on Sunday. In his column for Bild newspaper, however, German Rosberg argued that he had rarely felt so bad in his entire F1 career. “Have you ever seen them try to eat ox test

icles on Survivor?” he wrote. “Absolutely disgusting! That’s how I felt after the race in America.”

Rosberg said that after losing the race in the final moments with an inexplicable mistake, he wanted to be doing anything other than celebrating. “I was just pissed off. At myself, at Lewis, at the whole situation. Everything! I’m not talking about losing the world championship, because Lewis deserved that this year. But Lewis didn’t win the race in Austin. I lost it. If you can explain a mistake, there is no problem. But at the moment it feels as though there is something invisible stopping me from succeeding. An enemy that is so hard to combat. Some call it fate, others bad luck“.

erness with anger was the first corner of the race, about which even Mercedes team management have admitted that Hamilton overstepped the mark with his racing aggression. “There are internal rules in our team and I kept to those rules. Lewis did not. He went much too far. That’s why I threw back the cap which he had tossed over to me, landing on my belly. We are sportsmen but we are also human. We are under tremendous pressure all weekend. I need a couple of days now to digest that bitter day. But luckily the next race in Mexico is already this Sunday. I’m looking at it as a mini-championship

of three races. And I want to win it“.