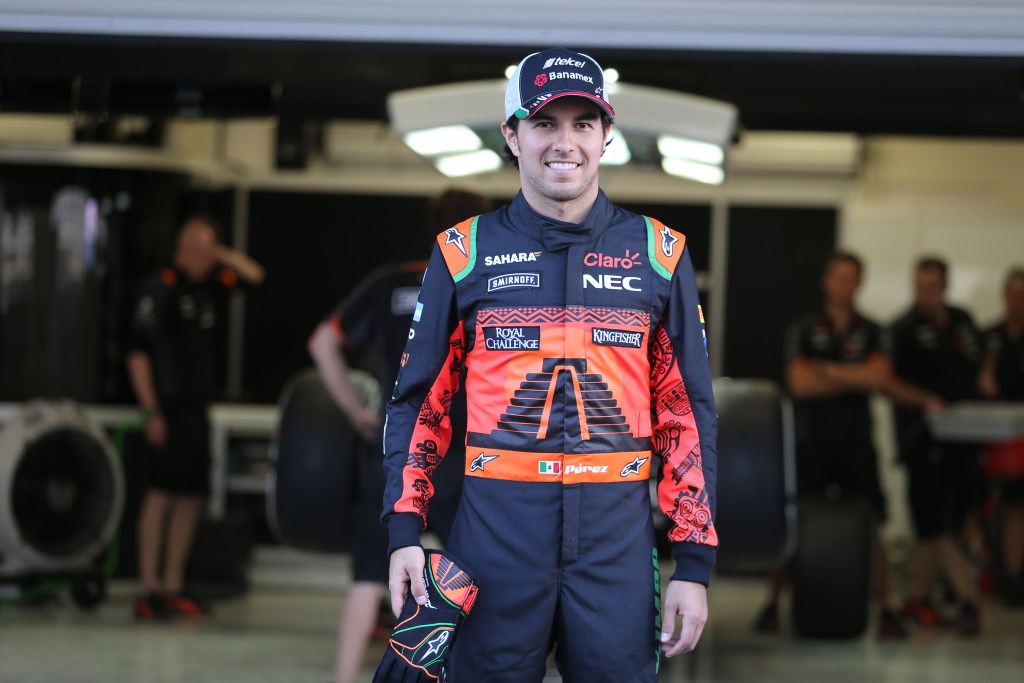 Beautifully depicting an Aztec pyramid against a blazing sunset, the winning design was unveiled personally by Sergio at the start of the Formula 1 Mexican Grand Prix weekend at a special media event held in front of Sahara Force India’s team garage.  Ric’s creation was chosen from a remarkably high number of entries, with over 250 designs from budding and established designers from as far afield as the Philippines, India and New Zealand, with a huge response from Sergio’s native country, Mexico. During the Mexican GP weekend, Sergio and Sahara Force India will formally present one of the suits to the Mexican President, Enrique Peña Nieto, in celebration of the grand occasion.
The winning #Mexifan suit design celebrates Sergio’s home appearance in a very special and hugely anticipated Grand Prix, with the Formula One World Championship returning to motorsports-mad Mexico after a 23-year hiatus. Sergio was so impressed with Ric’s design that Alpinestars and Sahara Force India specially commissioned a unique set of gloves and racing shoes to complement the suit for this race weekend. Sergio will wear the special ensemble when he climbs into the VJM08.

Describing Ric’s design, Sergio said: ‘I am really happy to be able to wear a suit with such a cool design for my home race. The winning design is perfectly Mexican: it celebrates my country’s history and our culture. Racing in my home Grand Prix is a dream come true, something I have only been able to imagine for many years, and to have this special suit is going to make it even more special: it’s exciting and I can’t wait to wear it.’
Redazione MotoriNoLimits