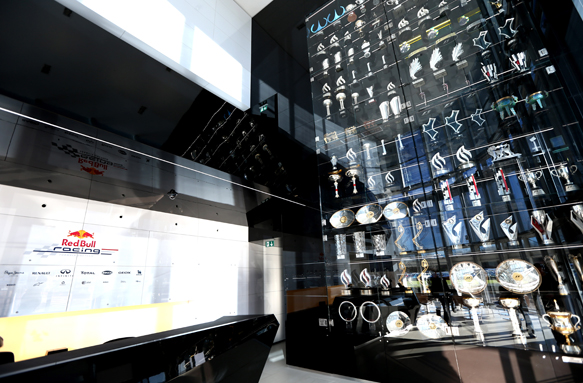 A gang of four that ram-raided Red Bull’s Formula 1 headquarters in Milton Keynes as part of a wider crime spree have been jailed. In early December last year the quartet used a four-by-four vehicle to smash through the doors of the main factory building, stealing more than 60 trophies housed in a giant cabinet in the reception area. At the time team boss Christian Horner said the organisation was “devastated” at the break in given the volume of trophies had taken “years and hard work to accumulate”. None of the trophies included the drivers’ championship and constructors’ titles won from 2010-13. Ten days later around 20 items of silverware were recovered from a lake near Sandhurst.

The incident was just one of 40 burglaries and thefts committed across the south of England between November last year and April this year, yielding an estimated haul of almost £1million, and causing £317,000 of damage. The four – Danny Stevens, Paul Smith, Jason Eastwood and Luke Cole – had already pleaded guilty to conspiracy charges at Guildford Crown Court. In handing out sentences of between two and seven years to the men, Judge Christopher Critchlow said: “This was serious organised crime… that reflected a deliberate, organised, professional conspiracy to burgle and steal.”