Ferrari drivers at the Santander headquarters 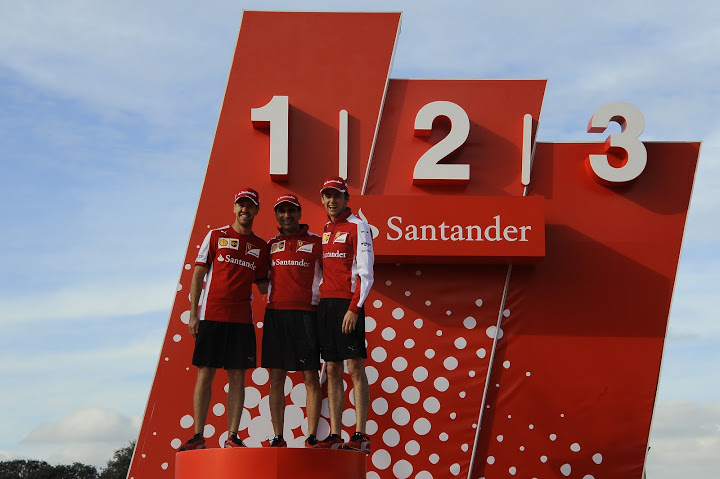 Group City in Boadilla del Monte (Madrid). Some of the employees volunteer at the San Silvestre Vallecana race which is held each New Year’s Eve in Madrid and which Santander Spain sponsors. The drivers, employees and various trainers from the sports centre jogged 3km through El Bosque, the wooded area surrounding the City which is used for recreational and cultural purposes, followed by other exercises and stretches.

For Felipe Martin, head of Marketing for Santander Spain “This joint collaboration with Ferrari highlights Santander Spain’s new sports sponsorship strategy and our commitment to helping people every day”.

After the training session the drivers and bank employees tried out virtual reality glasses which,

thanks to new generation technology which can record 360º videos, transported them to a F1 race. This is the first time this technology has been used in a F1 car. This exciting experience was recorded from Kimi Räikkönen’s car on 8 November at the Finali Mondiali in Mugello.