Ecclestone in esclusiva a Motorsport-Magazin.com 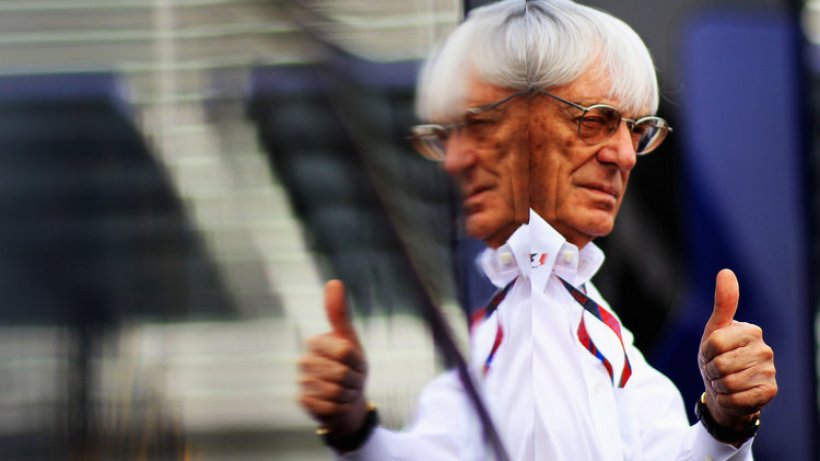 … Sebastian Vettel’s move to Ferrari:
Oh yes, that was one hund

red percent the best thing he could do. One hundred percent! He is now a bit more open than he was previously. He feels freer. It’s strange, because he had complete freedom at Red Bull. He could’ve done whatever he wanted. The more he did, the better it was for Red Bull. These guys jump out of balloons and stuff. It looks as if he feels very much at his ease now that he’s at Ferrari. I’m glad for him. Things and people change, and things in the world are changing. For him, the change was good: he needed a change of scenery; he had been stuck there for too long.

… comparisons between Sebastian Vettel and Michael Schumacher:
They are two completely different individuals. You can’t say that one is good and the other is bad. They are different characters. Michael was a bit special as a person. He was very private, but also very much in the public eye. That’s the difference between the two, I think. And of course he was super successful – plus he drove for Ferrari. Once you drive for Ferrari, you immediately attract another following. You have the Ferrari fans and your own.

… his negative comments on Formula 1:
The problem is, I see things as they are and not the way I want them to be. Do you think it’s right when Fernando Alonso – you’ve probably heard of him, he’s a former world champion – is at the back of the starting grid? Is it right that a driver changes his engine, qualifies in third place and then has to start from 13th? Is that right? Formula 1 is crap. Right now, we need to look at these things. The public has no understanding for that. They watch the race, know that someone has qualified second or third but is now suddenly starting from the middle of the grid. And why? Because they’ve changed their engine. Or their gearbox. We can solve this problem, but we can’t wait several years.

… Mercedes’ ascendancy:
People like winners. That’s obvious. That’s why teams attract support. But Ferrari have an incredible fan base, even when they lose. You don’t find that with Mercedes. If they begin to lose, then you’ll see what happens. Mercedes are not really newcomers; they were always there in one guise or another. That’s why I support them. I think Mercedes are running a risk: the public thinks that, with the money they spend, they should be winning. They don’t get any genuine sympathy. And you need that sympathy. People need to feel a bit sorry for a team. If Mercedes stop winning, I don’t think that many people will feel any sympathy for them.

… the Formula 1 crisis i

… the German GP in 2017 at the Nürburgring
I don’t think that will happen. We can say with some certainty that no race will be held there. It’s a shame, because when it was up for sale, I agreed to buy it. Then they came back to me and said they had an offer that was a million or two higher. So I told them that all I had done was make an offer, and if someone was willing to pay more, they should take it. They sold it to an individual, and that individual sold it on. The stupid thing was, they lost a buyer for the sake of two million, a buyer who would have made sure that the race would still be there in a hundred years’ time and would have tried to improve things. They walked away for a handful of dollars. And what have they got now? It’s disappointing and annoying for me. That’s why we lost the Nürburgring.