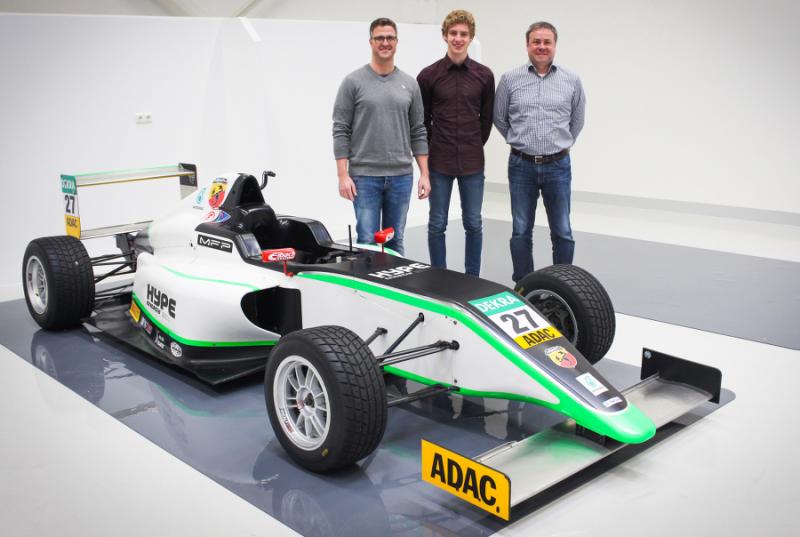 Louis Gachot, son of former Formula 1 driver and Le Mans winner Bertrand Gachot, will line up next year in the ADAC Formula 4 for the new team fielded by Ralf Schumacher and Gerhard Ungar. The young 16-year-old British teenager is following in the footsteps of his father, who celebrates his 53rd birthday today and has contested 47 Formula 1 Grands Prix in all and won the 24-Hours of Le Mans with Mazda back in 1991. Gachot raced in the French Formula 4 earlier this year and will be tackling his first season in the ADAC Formula 4 in 2016. Many sons of successful racing drivers, including Mick Schumacher, the son of seven-time Formula 1 world champion Michael Schumacher and Jonathan Cecotto, son of former world motorcycle champion Johnny Cecotto, lined up in the ADAC Formula 4 this year. The 2016 ADAC Formula 4 season will get under way on the weekend of April 15th-17th in the etropolis Motorsport Arena Oschersleben.

“French Formula 4 was a brilliant introduction to formula racing for me. I think I gained a lot of experience in the series. I now feel very well prepared for the ADAC Formula 4 and am looking forward to lining up with the championship-winning team led by Ralf and Gerhard,” said Gachot. “I think I’ve made the right decision in joining the team. I’ve already spent a few days with them while testing. Conditions are now perfect for my continued development as a racing driver, and I hope to achieve decent results next season in the ADAC Formula 4.”

“I used to race with Louis’ father and am pleased to have him in the team. I think he has a good chance of achieving decent results next season. We will now use testing over the coming months to prepare as well as we can for the season to come,” said Ralf Schumacher, who went head-to-head with Gachot’s father, racing GT cars some 20 years ago in Japan. “Louis showed his potential in his tests with us and did an excellent job. His pleasant personality immediately impressed us. He is a perfect match to our team with regard both to his skill as a driver and his disposition,” said Gerhard Ungar, speaking about the young talent. The second ADAC Formula 4 season gets under way on the weekend of April 15th- 17th, 2016 in the etropolis Motorsport Arena Oschersleben.