Dakar: Joan Barreda kicks off with a win 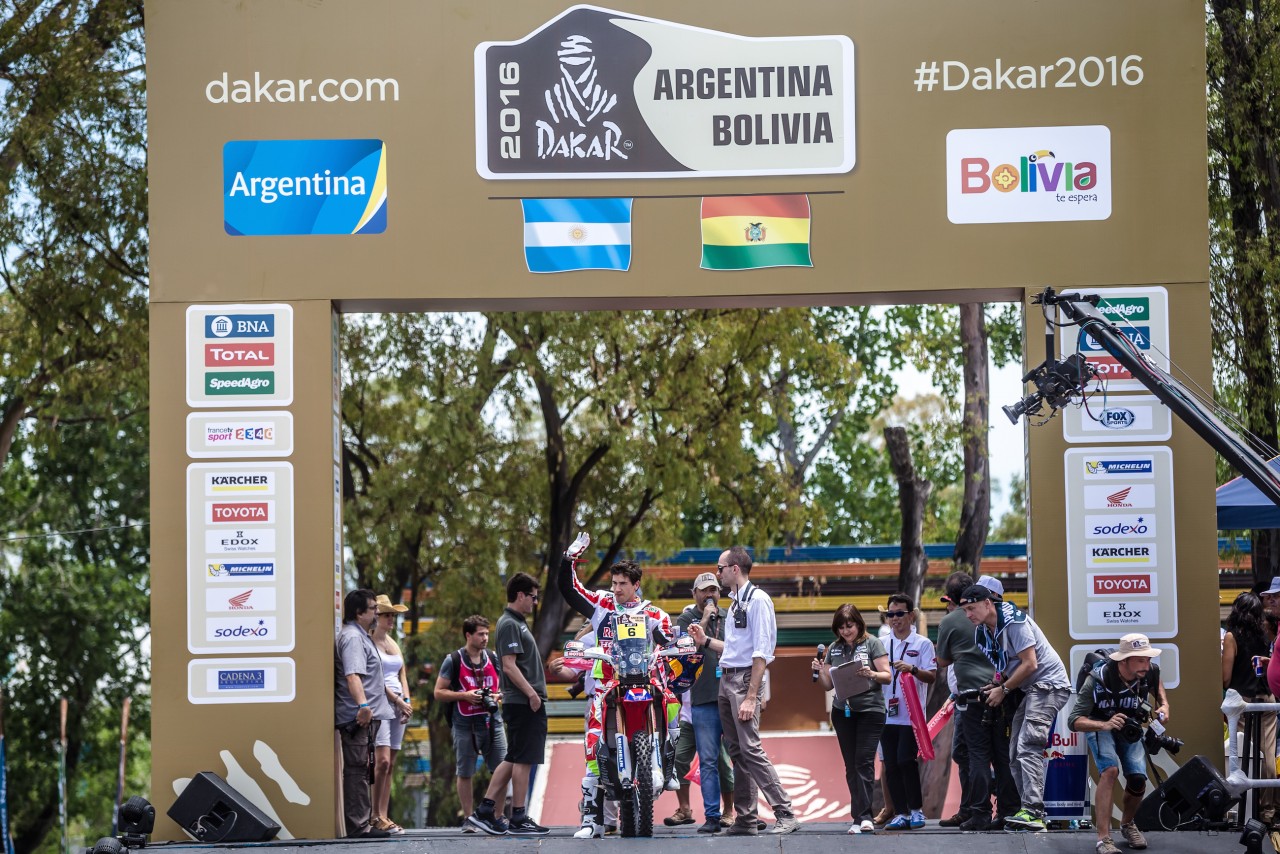 The Rally Dakar 2016 roared into action today with Joan Barreda giving a fine display of speed to take the triumph in the 11 kilometre prologue stage in the north of Buenos Aires. The Dakar curtain-raiser saw a great turnout from the Argentinean crowd who gave the competitors a warm reception as the 38th edition of the world’s toughest race got underway from Tecnopolis Park in the capital. The greater part of the rest of race will be played out on local soil too.

All riders took part in the starting podium and filed through in reverse order of their bib numbers, which meant that Paulo Gonçalves on the Honda CRF450 RALLY was the last rider in the motorcycle category to climb the ramp.

Today’s timed special stage was a short 11 kilometre prologue to warm up the engines and get the riders used to the sweltering climate in the Buenos Aires region. Team HRC’s Joan Barreda was the quickest on the day and comes away top of the leaderboard. Team-mate Michael Metge, from France, was the second best rider on the team, posting a fifth fastest time just eight seconds off Barreda.

Ricky Brabec got his Rally Dakar debut off to a flying start finishing just 22 seconds behind this Team HRC colleague. Italian Paolo Ceci finished half a minute behind the winner of the prologue, and is in 30th place. Portuguese rider Paulo Gonçalves wasn’t taking any risks in the prologue which was held in Arrecifes, halfway between Buenos Aires and Rosario, where the bivouac is situated that will host the riders tonight. Kevin Benavides was the top competitor from the Honda South America Rally Team, clocking up an identical time to Metge. Benavides’ fellow countryman Javier Pizzolito and Brazilian Azevedo finished among the first twenty.